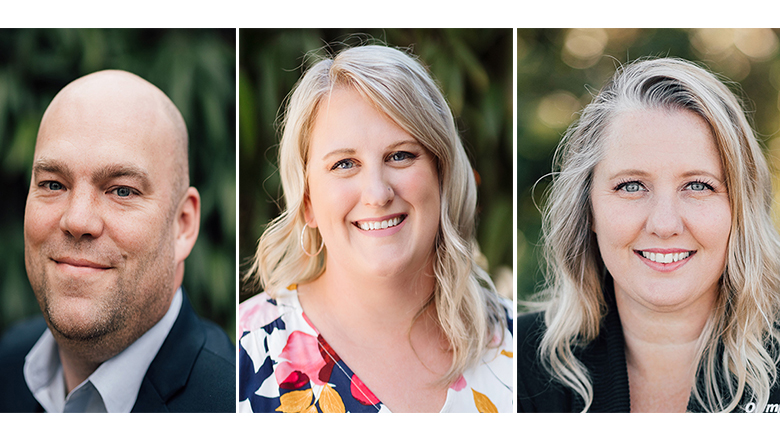 Casey Kilborn, Retail Banking Manager, has been promoted to Vice President as a result of his leadership overseeing the bank’s branch network and his contributions to the growth of OlyFed’s deposit and loan business.

Kilborn was hired in 2015 as the Yelm Highway Branch Manager and was appointed a bank officer and Assistant Vice President in 2018. Later that year Kilborn was promoted to District Manager and in 2021, he was named Retail Banking Manager.

In his time at OlyFed, Kilborn has been recognized with several awards including the bank’s highest honor of Employee of the Quarter. Kilborn is a graduate of the Washington Bankers Association Executive Development Program and in his free-time he serves on the board of directors with the South Sound YMCA and is an assistant coach with the basketball program at Olympia High School.

“Casey is an incredibly inspiring individual who brings a positive attitude to OlyFed each day,” Josh Deck, EVP/Chief Operating Officer said. “Casey’s creativity, thoughtful decision making and business analysis skills are a tremendous asset to the bank. His genuine care and concern for others along with his extra-mile commitment to customer service help make our organization a great place to work and do business.”

A college intern with OlyFed, Kirkeby started her career with the bank in 2004 as a student at Washington State University. Hired as a full-time Lead Customer Service Representative (CSR) in 2006, Kirkeby was quickly promoted to Savings Counselor, then Retirement Specialist and then Operations Supervisor. In 2014, Kirkeby was promoted again to Assistant Branch Manager and then Lacey Branch Manager in 2016.

In 2018, Kirkeby chose to focus on loan production and became a Loan Officer and in 2019, she was named Senior Loan Officer. Melissa has been honored with several awards for her commitment to the bank’s values and for her dedication to excellence in customer services. Kirkeby has served in a number of volunteer leadership positions with South Sound YMCA, American Cancer Society and with her children’s youth sports activities.

“Melissa’s loan production levels over the past couple of years are simply amazing,” Deck said. “But what’s even more impressive about Melissa’s accomplishments is that she’s done them with an unwavering dedication to high quality customer care. Melissa is all about building authentic relationships built on trust and compassion.”

Rebecca Bonneville has been promoted to Senior Loan Officer at the Belfair Branch for her extraordinary efforts to grow OlyFed’s home lending business in North Mason County. Hired in 2014 as a Customer Service Representative, Bonneville brought with her a tremendous amount leadership experience from working with a retail Fortune 500 coffee company and serving several years in the United States military. Quickly promoted to Universal Banker in 2017 and then to Loan Officer in 2018, Bonneville is highly regarded by the bank’s Belfair customers and employees for her kindness, follow through and top-notch service.

Recognized by her peers with several corporate awards, Bonneville is dedicated to serving her community, customers and colleagues in so many thoughtful and meaningful ways. Bonneville is an active member of Mason and Kitsap County realtor and builder associations and she serves on the board of directors with North Mason Chamber of Commerce and North Mason Resources.

“Rebecca has been instrumental in growing our presence and impact in the Belfair and North Mason community,” Deck said. “Rebecca’s dedication to being involved in the community and sharing her leadership skill and talents with the people around her have made an incredible difference in building and strengthening trusting relationships with our customers and professional partners.”