Get into the Holiday Spirit with the “12 Days of Giving” 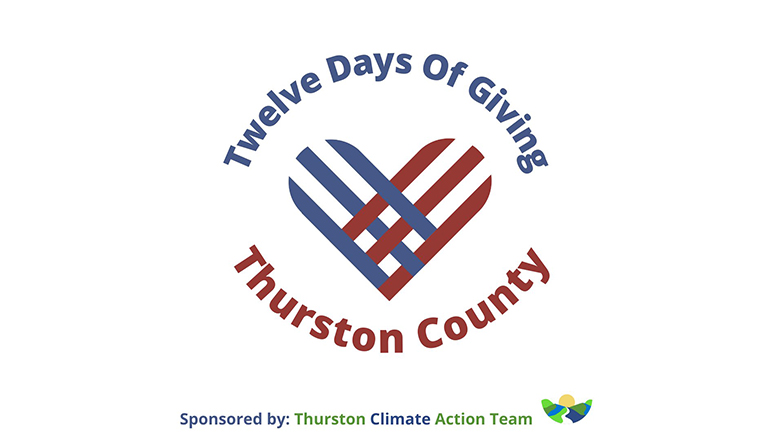 As the holidays approach, one often thinks about ways they can show appreciation to their friends and family. Likewise, they wonder how they can give back to the community.

The “Twelve Days of Giving – Thurston County” campaign is an affiliate of the Giving Tuesday national fundraising campaign and coordinated locally by TCAT. Thurston Climate Action Team’s mission is to partner with our community to restore earth’s climate and create a healthy, just, and joyous world for all people and our planet.