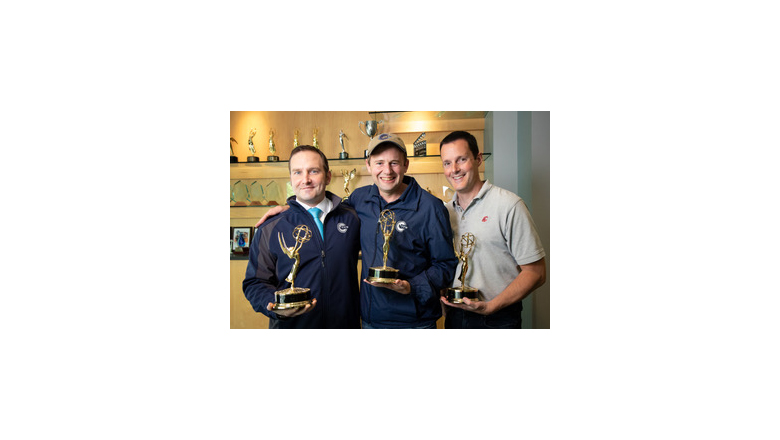 TVW, Washington’s national award-winning public affairs network is pleased to announce its production, Nest Zero:  Murder Hornets in Washington State, has been awarded a Northwest Regional Emmy® by the National Academy of Television Arts and Sciences.  The project, spear-headed by Mike McClanahan (Writer / Producer), David McGimpsey (Videographer / Editor), and Michael Peters (Graphics) was honored in the category of Environment-Science, Long-form.

Nest Zero:  Murder Hornets in Washington State traces the arrival of the first Asian Giant Hornets in North America, providing an inside look at the battle to keep them from spreading throughout Washington and British Columbia.

“We are gratified, once again, to be recognized by our peers for TVW’s work around issues of interest to Washington residents,” said Renee Radcliff Sinclair, president and CEO of TVW.  “Our team works hard to find the right stories and then tell those stories through top-notch journalism and production value to create a product that is both informative and visually interesting.  To be recognized for that diligence is an honor.”

TVW is a private non-profit organization founded on the belief that the public has a right to know.  TVW provides gavel-to-gavel access to all three branches of Washington state government as well as regularly produced shows and documentaries about issues of interest to Washington’s citizens.

The National Academy of Television Arts and Sciences (NATAS) is a professional service organization founded for the advancement of the arts and sciences of television and the promotion of creative leadership for artistic, educational and technical achievements within the television industry.

The full documentary can be viewed at the link below: