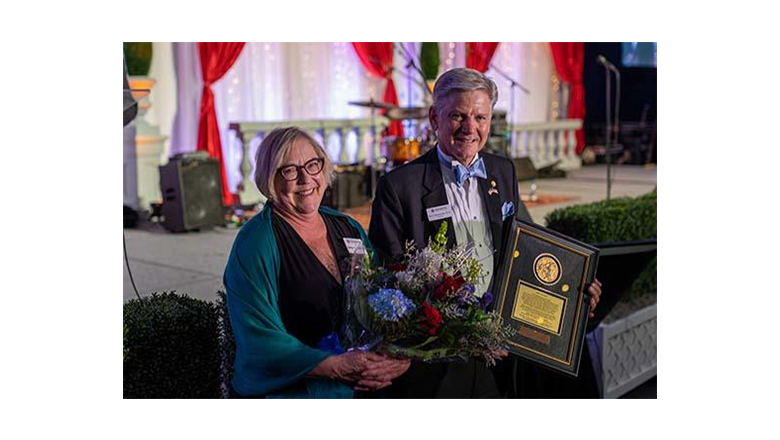 Saint Martin’s donors have raised $350,000 in honor of Saint Martin’s President Roy and Kathleen Heynderickx. These gifts will go toward supporting the university’s diversity, equity and inclusion (DEI) initiatives through the newly established DEI Fund. These gifts will count toward the larger For Every Saint campaign, the university’s first comprehensive campaign. As of May 1, For Every Saint has already raised over $82 million toward its overall goal of $100 million. DEI initiatives are a large focus of this campaign, which includes support for innovative program development, new living and learning facilities, and endowments for scholarships.

“Kathleen and I have always believed that to effect real change requires all of the necessary resources to do so,” shares Saint Martin’s President Roy Heynderickx. “This DEI fund, which hopefully will grow over time, will help this community grow in its response to diversity, equity, and inclusion issues by supporting scholarships and programming today and well into the future.”

The DEI Fund was established by President Roy and Kathleen Heynderickx as one of their lasting legacies. Gifts raised toward the DEI Fund will support affinity group gatherings, cultural events, AHANA Connections, and future scholarships for black, indigenous, and people of color (BIPOC) students.

“The impact of this funding will be felt in the short and long term. We plan to take a small percentage of these funds and, over a period of five years, allocate them towards DEC programming,” adds Saint Martin’s University Chief Diversity Officer John Hopkins, Ph.D. “The funds will help achieve our goals of creating a sense of belonging for marginalized students on campus and sponsoring campus-wide DEI programs for the community.”

To learn more about how you can invest in Saint Martin’s DEI Fund or how you can participate in the For Every Saint campaign, please contact advancement@stmartin.edu or 360-438-4366.