Filing week will officially set the slate of candidates for voter consideration in the primary election, and the top two winners in the primary will advance to the general election. The Public Policy Division of the Thurston Chamber of Commerce is closely monitoring key countywide races. 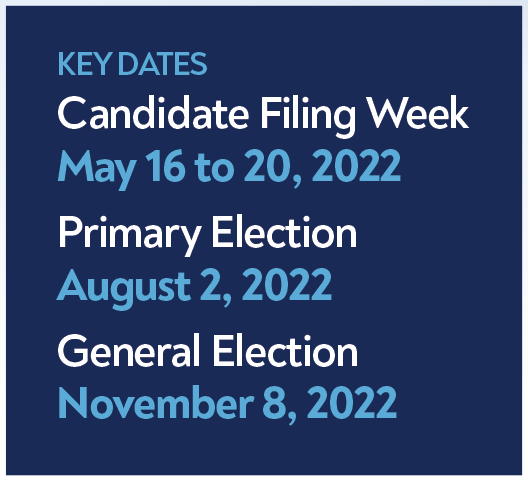 These are full-time, partisan positions, and each plays a critical role within Thurston County Government. These elected officials are responsible for the quality of services their departments provide residents and businesses across the county.

Another interesting note is the presence of two Thurston County Superior Court Judge positions on the 2022 ballot. Judges Thomas and Zipp were appointed to the bench by the Governor and are now running to fill their two-year unexpired terms.