Local Business Owners Speak Out About Increases In Crime

Every year, Dr. Suneet Bath and volunteers help close to 100 people who need dental work but can’t afford to pay for it. They treat adult patients, providing fillings, extractions and cleanings. Dr. Bath also participates in a dance and singing show to raise money for the Union Gospel Mission. Dr. Bath is a compassionate man. He rolls up his sleeves to give time and money to those in need—especially to houseless individuals. Today, though, compassion is turning to heartbreak and disbelief. He is trying to make a difference in his community, but his business has become a target of crime, and he is fed up.

He said it was minor acts at first. “We noticed people loitering in the parking lot. This made both my staff and patients uneasy. Next, we found folks sleeping under the awning at our office entrance. We had to hire a security service to patrol at night. At one point, someone turned off the power to the lights outside, so we installed locks on the meters,” he said.

Next, they noticed that people were bathing at the outdoor faucets, so he had to lock those too. The expenses started to add up.

Then there were disturbances inside the office. Once, a woman brandished a knife outside the operating room while he had a patient in surgery. Other folks barged in, and he had to escort them out. Last week someone took art from the lobby. Another individual found their way into the office and stole a purse.

“When we call the police, we’re told their response time will be delayed. We have a lot of police officers as patients. We support our police departments—but we also know that they are understaffed,” he said.

At the end of the day, Dr. Bath is tired. “We are on heightened alert to secure the building and keep our patients and staff safe. We are trying to figure out how to be more secure, and I don’t feel we should have to do that. We should have a safe place to conduct business,” he said.

He believes that people know police can’t respond immediately. That they can go into a business and do whatever they want. 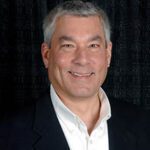 Kevin Stormans, with Ralph’s and Bayview Thriftway, has a similar experience.

“We’re seeing both property and violent crimes rising. Folks come into our stores, grab a hand tote, fill it up and walk out the door. We see this almost every other day. They are bold and, often, threatening. When we call the police, they come about 10% of the time,” he said.

Stormans said he instructs his employees not to engage with shoplifters. He prioritizes the safety of his employees over the money the stores lose. The solution? Hire a full-time security officer trained at apprehension at both stores 24 hours a day, seven days a week. A costly solution that he is not sure is worth it.

Instead, they lock up the more valuable items—alcohol, pregnancy tests, and medicine. They post photos of shoplifters to keep employees informed about repeat offenders.

“We’ve always had shoplifting,” he said, “but it has amplified in both frequency and aggressiveness in the last few years.”

How can law enforcement and the criminal justice system help? “I understand they have pressures and lack resources, but I need follow-up,” he said.

Are Dr. Bath and Stormans’ experiences isolated incidents? Is this only a Thurston County problem? When did it begin, and why?

To answer these questions, we turn to data presented at the Thurston Chamber Forum on November 9. Attendees heard about the impacts of crime on business from Washington State Attorney General Bob Ferguson and Renée Sunde, President and CEO of the Washington Retail Association.

According to Sunde, Washington State is facing a staggering increase in retail theft and organized retail crime. In our state, retail theft is a $2.7 billion issue. These statistics cause, in turn, increased concern for public safety.

Sunde cited contributing factors, such as: 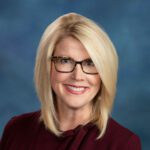 According to a recent National Retail Federation Security Survey, eighty-seven percent of retailers perceive a risk of theft.  Fifty-seven percent have seen a rise in organized retail crime (ORC). And while retail theft and organized retail crime are not new issues, they have reached new levels. Fifty-four percent of small business owners have seen an increase in theft.

More alarming is the rise in ORC. In 2021, retailers saw a 26.5% increase in ORC incidents, and eight out of ten retailers surveyed reported increased violence and aggression associated with ORC incidents. ORC cases are more sophisticated than typical theft or shoplifting—they are often multi-jurisdictional and often involve years-long investigations.

Joseph Lanham of Wells Fargo Bank has seen direct impacts of ORC. He said that his bank has experienced millions of dollars in theft throughout the state this year alone. The bank has also seen an increase in attempted ATM robberies. “They usually don’t take anything, but they cause incredible damage. The attempts also cause disruptions to customers because, due to supply chain issues, the machines take months to replace. This year alone, we saw 23 crimes in Thurston and Pierce counties,” he said. 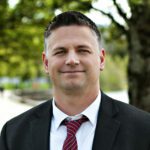 Consumers and business owners are absorbing the costs amid rising inflation. Additionally, as Dr. Bath, Kevin Stormans and Joseph Lanham understand, there are tremendous impacts on employee mental health and increased costs associated with protecting people and property.

Thurston County Prosecuting Attorney Jon Tunheim was in attendance at the Forum, and I had the opportunity to speak with him afterward.

“This is a whole criminal justice system issue. COVID affected the entire system and we are only starting to dig out now. It will take time and resources to return to any sense of normalcy,” he said.

He explained how COVID caused chaos. First, COVID meant a quick and dramatic reduction in jail populations. “When COVID set in, we had to reduce our jail population by over 30% in two weeks. This meant making significant decisions about who could stay and who could leave,” he said. 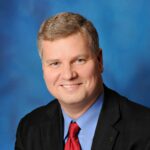 Meanwhile, COVID also caused courts to shut down. “We had no way to manage social distancing and do jury trials. We built courtrooms for people to be in close proximity to one another. There was no way to try a case, yet cases were still coming in, and no cases were going out, so they built up. Also, we had cases where people couldn’t be arrested or booked. We would get a referral, but our court had a priority where we would only hear cases where someone was in custody. Right now, I have over a year backlog,” he said.

Now the courts are opening up again as the Health Department has lifted its distance restrictions so they can do more than one trial at a time.

Also, remember that the Great Resignation hit the criminal justice system hard. “I lost lawyers to Pierce County, to the State’s Attorney General’s office and the private sector. Now we are struggling to stay staffed. For every person I hire I lose a person. I would take this personally, but my peers throughout the state are experiencing the same thing,” he said.

So, the equation looks like this. Big case backlog. Not enough workforce = just trying to get by. So, they focus on violent crime.

Are there other factors at play? “Absolutely. Fentanyl, meth and substance-use disorders, mental health and co-occurring conditions. We can’t talk about crime without talking about these issues,” said Tunheim.

“The Olympia Police Department was also impacted by the Great Resignation,” said Olympia Police Chief Rich Allen. “We had to temporarily reduce the number of officers in our Traffic, Walking Patrol and Detective units just to ensure adequate staffing levels in our patrol division.  Our Hiring unit has been working very hard at filling our vacancies, and we are slowly rebuilding those impacted units.

“We have had successful partnerships with local merchants regarding organized retail thefts.  In cooperation with Home Depot, we have run several operations with their store security and have made arrests.  Stores need to be proactive in their efforts, and we can work with them regarding crime prevention strategies,” he said.

He added that in regard to the sense of insecurity, “That is a much larger, regional conversation. This region lacks the appropriate facilities to treat persons experiencing substance addiction and/or mental health crises.  We can have crisis response teams, peer navigators and mobile outreach teams, but their effectiveness is limited when necessary facilities and support systems are inadequate or nonexistent.”

Renée Sunde advocates for a multi-pronged approach to address the issues. She believes business owners like Dr. Bath and Kevin Stormans must share their experiences. Next, we need passage of the Integrity, Notification, and Fairness in Online Retail Marketplaces for Consumers Act (INFORM). We also need to coordinate efforts with the Washington State Organized Retail Crime Association (WAORCA). She encourages everyone to vote in favor of laws to support and fund law enforcement. She advocates for increased resources for small and mid-sized businesses. She wants to generate support for the Washington State Retail Crime Task Force.

According to Attorney General Bob Ferguson, Washington State is the 10th state with an organized retail crime task force.

The goals of the task force include:

“What I want everyone to hear,” said Tunheim, “is that this is a whole system issue. COVID shut down courts and jails and led to the Great Resignation. We are only starting to dig out now and it will take time and resources,” he said. “Talk to your policymakers. Crime was not in the public discourse because people were feeling safe. We have to get this into the broader conversation with the funders. For me, it is about finding the workforce. We’ll solve this  by convening, prioritizing resources and having a proactive approach.” 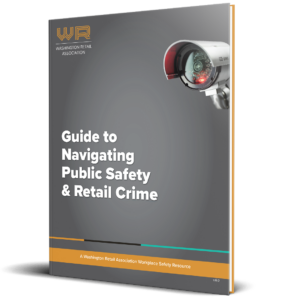 For ORC and other public safety resources for your business, see the Washington Retail Association website at www.washingtonretail.org or scan the QR code. 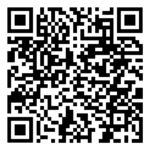