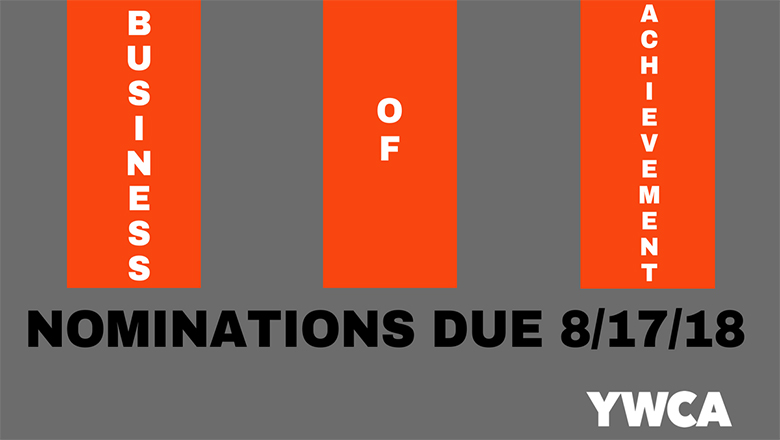 YWCA Olympia is pleased to announce that nominations for their Annual Womxn and Business of Achievement awards will be accepted from now to August 17, 2018.

Established in 1994, the YWCA Olympia Women and Business of Achievement Award is one of the most prestigious honors for womxn and businesses in the South Sound and seeks to center and recognize the accomplishments, professional contributions, and public service performed by womxn in the community. The Womxn of Achievement award recognizes those who embody outstanding leadership qualities, are exceptionally committed to their community and/or profession, and live or work in the greater South Sound area.   YWCA is accepting nominations for womxn in the local community who, in the legacy of former WOA Honorees, are working to eliminate racism and sexism to empower womxn, have advanced the political, social and/or economic status of womxn and girls, and embody our vision of a world where all people are valued, live free from oppression, and thrive in a just society.

YWCA is also seeking nominations for employers who are actively working to create a more equitable workplace. We encourage nominations for both private and public employers as well as large and small companies in the South Sound (Thurston, Mason & Lewis Counties).

The online Nomination Forms are available on the agency website (www.ywcaofolympia.org), and are due by 5:00pm on Friday, August 17th.  Honorees will be formally announced to the community in early September.  The Annual Womxn of Achievement Celebration will take place on Saturday, November 10th at South Puget Sound Community College.

For more information about the nomination process, contact YWCA at 352-0593 or WOA@ywcaofolympia.org.