Vanpooling Survey Results are In! 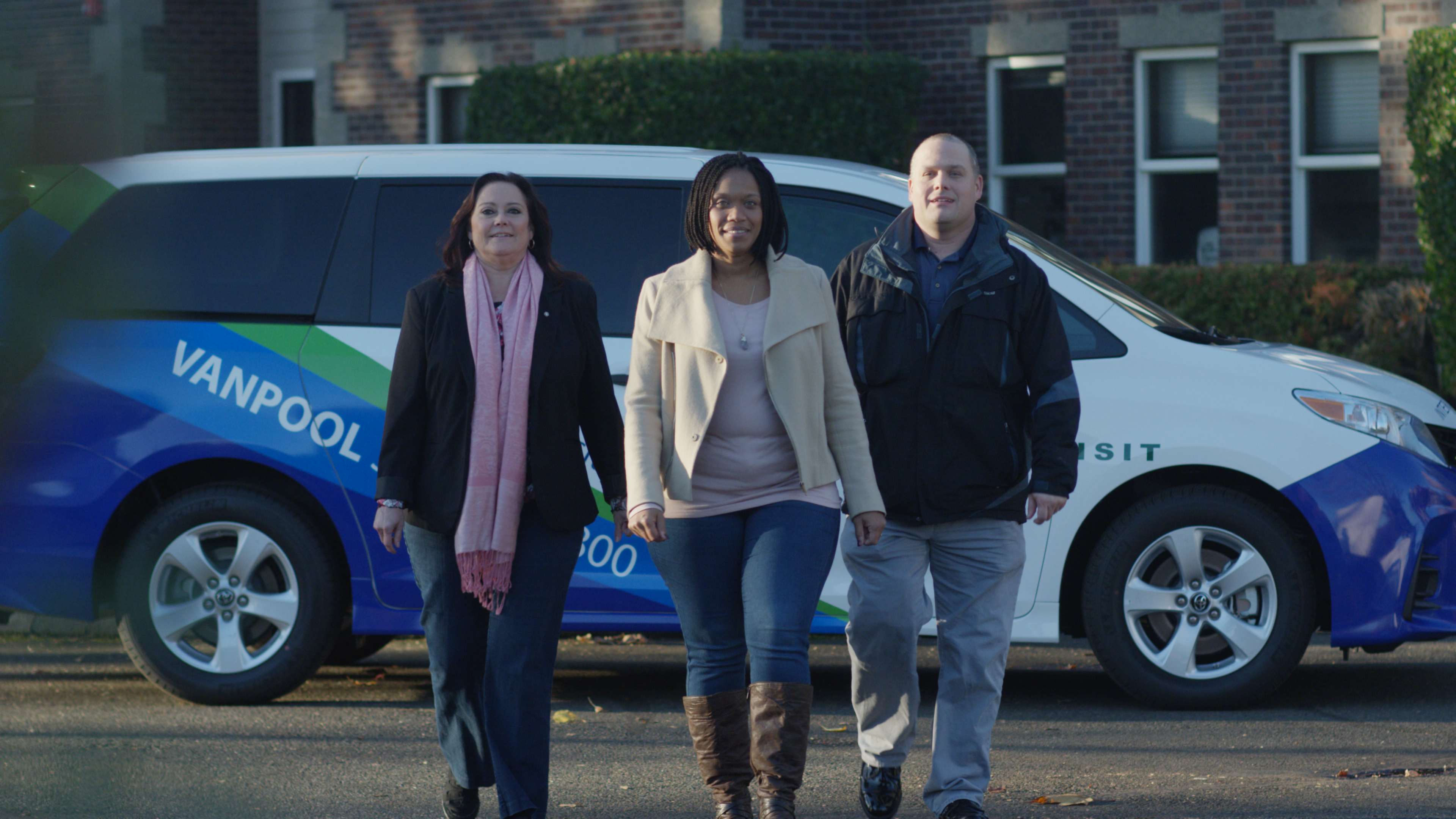 Commuters and employers that engage in vanpool programs in Washington State have built the largest public vanpool fleet in North America, setting a national model for vanpooling. In Thurston County, about 1,500 commuters choose to vanpool regularly through Intercity Transit’s Vanpool Program with the capacity to serve more.

“Vanpooling is an economical and customizable commuter option with many benefits that business and their employees can enjoy,” says Ann Freeman-Manzanares, Intercity Transit’s General Manager, adding that one of the goals of the vanpool program is to ensure Chamber members have easy access to vanpool services. “We want to help businesses be successful. Along with benefits like cost savings, vanpools reduce traffic congestion so people and freight move freely. They also enhance the overall quality of life in our community and create a better business environment.”

In August 2018, the Thurston Chamber collaborated with Intercity Transit to survey Chamber members and their employees to learn:

Here’s what we discovered…

For employers who were aware of vanpooling, they assumed shift work or having too few employees meant vanpooling wasn’t an option for them. Carolyn Newsome, Intercity Transit’s Vanpool Manager, says, “Vanpooling works great in many shift work situations and where vanpoolers don’t necessarily work at the same place. Part of our job is to help connect people to vans and to each other.”

The survey responses showed the most significant barrier employers have to support employee vanpools is the lack of awareness and information about vanpools in their area. The information and assistance needed to promote vanpooling are, for the most part, currently available. The challenge is getting the specific information into the hands of the right people.

The survey also revealed what businesses might value about vanpooling. This group of mostly small- to medium-size employers showed more interest in the benefits to employees rather than to the business or organization itself — particularly in cost savings for their employees and parking convenience. Having a reliable and less expensive way for employees to get to work, combined with the possibility of not having to pay for leased parking or build additional parking spaces, were an added bonus.

Vanpool as a solution

“Our community could solve a lot of problems through vanpooling!” says Newsome. “Our region is experiencing many symptoms of what happens when you drive alone, including traffic congestion, parking issues, the high costs of maintaining and using a car daily, and of course, the impact on our environment.”

According to the U.S. Department of Energy, each gallon of gas burned creates 20 pounds of greenhouse gases, or 6 to 9 tons of greenhouses gases each year for a typical vehicle.  While more people are vanpooling out of concern for the environment, South Sound Business reports that 81% of commuters in Thurston County still drive their cars to and from work alone. While driving alone may seem more convenient, the costs are high.

“Vanpooling makes a lot of sense for many reasons,” says Newsome. “Whether you vanpool for environmental or financial reasons, you can also reap the rewards of vanpooling by reducing stress on your daily commute and taking back time for things you enjoy, like reading, catching up on email and text messages, talking to a friend, or just taking a nap.”

Intercity Transit Vanpool Program has 7, 12 and 15-passenger vans available. Learn how your company can encourage vanpooling to meet you and your employees’ goals and ask about opportunities for co-branding the van with your company logo. Contact an Intercity Transit Vanpool Coordinator today at 360-786-8800 or 1-866-330-7033. Or learn more about vanpooling at www.intercitytransit.com/vanpool. It only takes three people to start a vanpool.