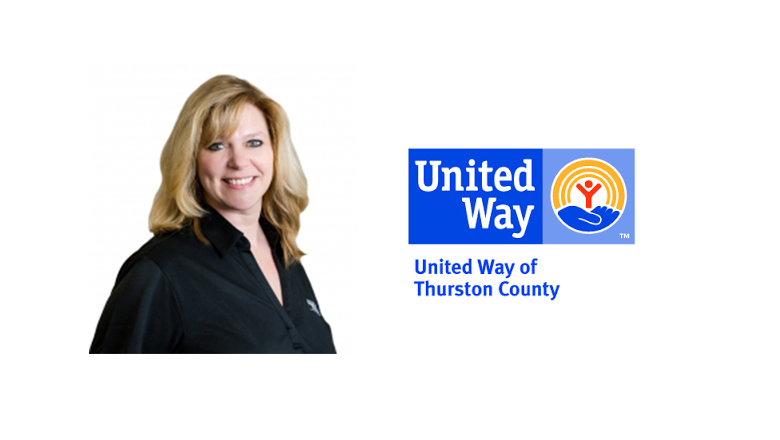 Wells replaces Paul Knox who transitioned out of the role in early September after 7 years in the position.

Wells will relocate to Thurston County from Gainesville, Florida where she worked as the development director at United Way of North Central Florida. She will begin her new role before the end of the year.

“Chris possesses a deep understanding of the mission and work of United Way and is passionate in her commitment to our continued success and improvement. Chris’s leadership and development experience are exactly what we hoped to find in our new executive director,” said Liz Davis, chair of UWTC’s Board of Directors.

“I am looking forward to this new role,” said Wells. “United Way of Thurston County has an amazing opportunity to grow our visibility, our brand, and ultimately, our impact. To do this, we absolutely must be creative, hands-on, and profoundly donor-centric. Embracing community impact and donor-centered fundraising will produce growth in our existing campaigns and donor groups, as well as build new relationships that will lay the foundation for our success in the coming decades so that we can continue to be a force for good in the communities we serve.”

Prior to joining United Way, Ms. Wells was co-host of a local morning radio show for 10 years and was the executive director of the Eighth Judicial Circuit Bar Association for 7 years. Through her work, she has always been in a unique position to publicly lead and advocate for numerous community issues, serving on boards of local non-profits, and volunteering and advocating for countless local causes.