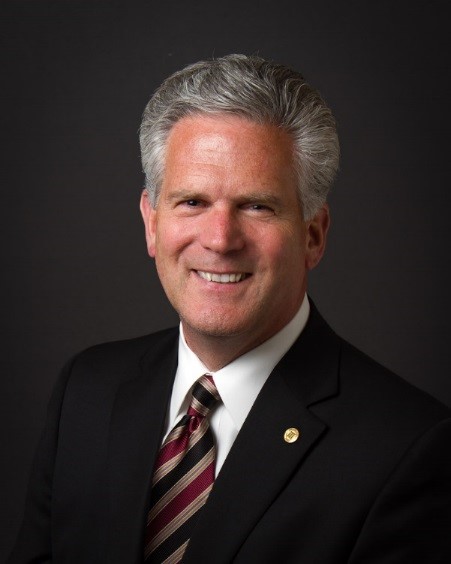 Jim Haley, President & Chief Executive Officer of Olympia-based Thurston First Bank (a Division of Commencement Bank), has formally announced his retirement. Prior to his role as president and CEO, Haley served as chief credit officer for Thurston First Bank from 2004 to 2008. Over the past nine years, he successfully led the Bank through the recession and the recent merger with Commencement Bank.

In 2014, after relocating Thurston First Bank’s headquarters to 600 Franklin Street, Haley played a pivotal role in the revitalization of Downtown Olympia. Haley served on the boards of various community and civic organizations, including past chairman for the Community Bankers of Washington and current president for The Washington Center for the Performing Arts. In addition to remaining involved in the community, Haley plans to devote more time to his family, especially his two grandchildren.

“My journey with the Thurston First Bank staff and board of directors has been truly rewarding, and the experiences I’ve gained from my time spent in Olympia are invaluable. It’s been an honor to work in such a diverse and supportive community, and I’m excited to see the benefit that the new combined bank will have on Thurston County and downtown.”

Haley’s passion for Olympia and his dedication to the local businesses will continue to be expressed through the Thurston First and Commencement Bank team. Commencement Bank President & CEO Hal Russell will assume Haley’s administrative and leadership responsibilities and is committed to being an active supporter of the Downtown Olympia community.

About Thurston First Bank
Thurston First Bank, headquartered in Olympia, Washington, was founded in 2004 and designed to provide businesses and professionals with knowledge and resources of innovative banking solutions that did not previously exist in Thurston County. It has earned an excellent reputation for integrity, personalized service, technology-based solutions, and a highly valued base of exceptional clients and partners. As a local bank, it is committed to promoting social and cultural growth by reinvesting in the community. To learn more about Thurston First Bank, please visit www.thurstonfirstbank.com.

About Commencement Bank
Commencement Bank, headquartered in Tacoma, Washington, was formed in 2006 to provide traditional, reliable, and sustainable banking in Pierce County, South King County and the surrounding areas. The team of experienced banking experts focuses on personal attention, flexible service, and building strong relationships with customers through state of the art technology as well as traditional delivery systems. As a local bank, Commencement Bank is deeply committed to the community. For more information, please visit www.commencementbank.com. For information related to the trading of CBWA, please visit www.otcmarkets.com.