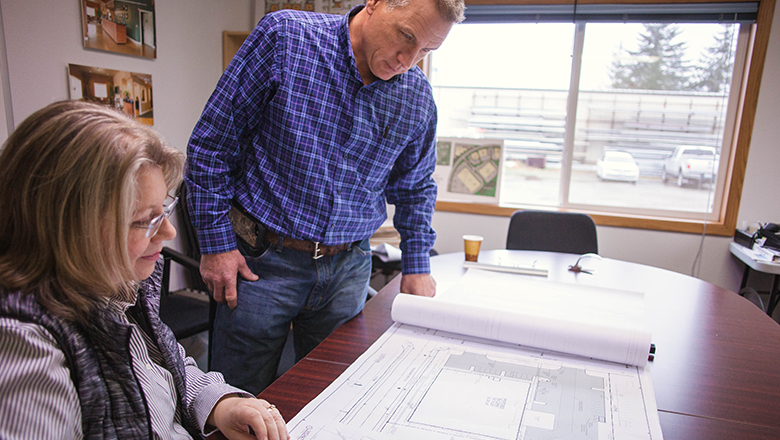 by Natasha Ashenhurst, This story was originally printed in the April 2017 VOICE Magazine, published by the Thurston County Chamber of Commerce

Family-owned businesses are the backbone of the American economy, comprising 80 to 90 percent of all business enterprises in North America, according to research compiled by the Conway Center for Family Business.

The Kaufman family-owned business, Kaufman Construction & Development, Inc., which began 52 years ago, counts itself among the 12 percent of family firms with third generation employees. And while statistics show most children aren’t interested in working for the family firm, talk to a Kaufman and they’ll tell you that the decision to work for the family was easy—love for the business is in their DNA.

Both Vic and Marvin enlisted in the Navy when they turned 17 and found their way to Washington State when they ended up working in the Bremerton shipyards. Once their service ended, they traveled back to South Dakota, but in 1961 decided to move to Olympia.

Soon after arriving, they went to work for a neighbor in the construction industry. The brothers were industrious and bought their neighbor out. The year was 1965 and Kaufman Brothers Construction was born.

The brothers’ business model was simple: buy land located in the ‘path of progress’ and hold or develop those parcels. They continued this strategy for almost 50 years. It worked, and the company prospered. 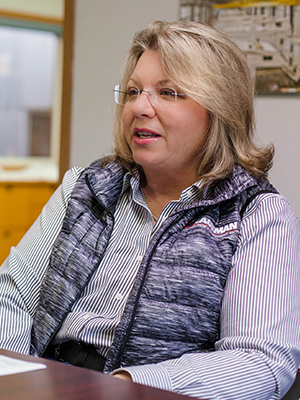 “It took five years to complete the process of transferring ownership,” said John. “There are unique dynamics with family run businesses. We had to work with advisors in Seattle who specialize in family-owned businesses, to successfully make the transition,” he said.

Theresa added, “We enjoyed being mentored by dad and Uncle Marvin for all these years, but the burden of transitioning the business fell on our shoulders, and it was a long and complicated process.”

Today, John, Theresa and Jeff run the day to day operations and a seven-member board of directors oversees the corporation, meeting quarterly. In addition, there is a family council that helps make decisions affecting the future of the company and sets strict employment policies for family members who want to work for Kaufman.

Remaining Relevant in Today’s Economic Landscape
Kaufman Construction & Development is thriving, posting roughly $15 million in annual sales, employing between 30 and 35 people, managing 108 properties with 120 leases and have four new projects under construction to add to their building portfolio. They currently have a vacancy rate of only 1.3 percent.

And while the company continues to buy and develop property located in the ‘path of progress,’ their business model includes design-build construction services in addition to leasing and development.

“We develop relationships before we build a project. For us, our business model is about the relationship, not bidding. Ninety-five percent of our work is private-sector commercial work,” said John.

Kaufman also has 120 active leases, meaning they must maintain landlord-tenant relationships as well. 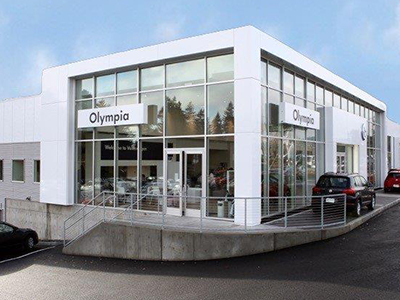 “We try and provide good service and are responsive when there is a building or lease issue. We have kept our portfolio within a small proximity so we can be on-site within a short amount of time,” said Theresa.

Relationship building and listening to customers helped Kaufman identify a need in the marketplace. One of their new projects, the Deschutes Landing project, is a good example of filling a niche.

“Our warehouses are typically in the 10,000 square-foot range and up,” said Theresa. “We identified customers looking for 1,800 to 5,000 square feet, and so we designed the Deschutes building to contain smaller spaces,” she said.

“The City of Tumwater is interested in expanding the beer industry locally and that is bringing in tenants interested in these smaller sized spaces near the Olympia Airport,” said John.

Build-to-suit spaces for tenants like Matchless Brewing and 8 Arms Bakery are great for the community, but getting new projects off the ground in Thurston County often presents a regulatory challenge for developers.

John and Theresa describe an “atmosphere of uncertainty” in the local building industry that forced developers like Kaufman to put projects on hold for years. 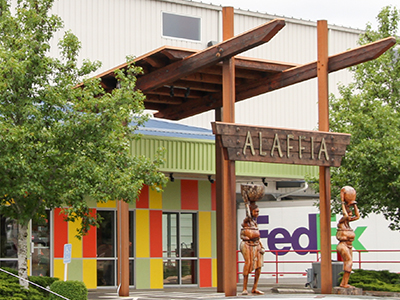 Alaffia leases their space in Tumwater from Kaufman

“We are one of the few developers in Thurston County that has a Habitat Conservation Permit (HCP.) Until we had the HCP [for Mazama Pocket Gopher mitigation] we had no certainty. If someone wanted to build, we could not provide them with a timeline. Now we have more certainty and we know how to move forward on projects,” explained John.

“Properties like the building for Matchless Brewing and 8 Arms Bakery would not have been able to be built had we not proceeded with obtaining the HCP,” said Theresa. 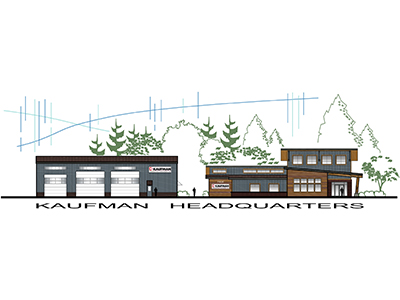 This year, the Kaufman’s will complete a more personal project that has been on hold for the past 10 years due to regulatory issues—they are moving out of the offices opened by Vic and Marvin Kaufman in 1965, into new company headquarters in Tumwater. It is the culmination of 52 years of company—and family—success. ●