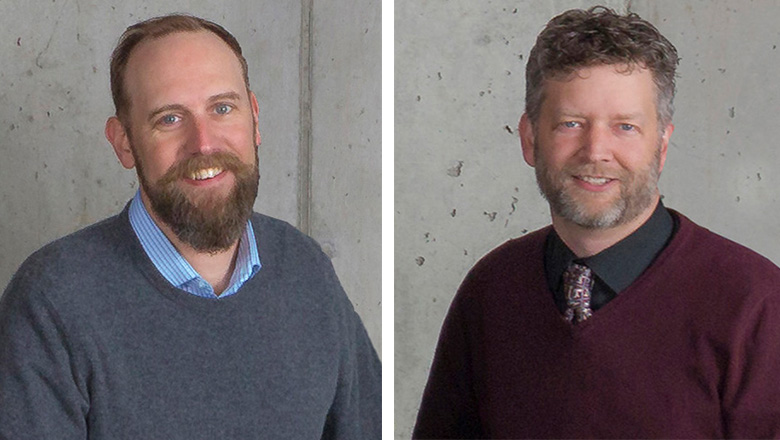 Ron Thomas, AIA, President of TAS looks forward to what he considers as a natural progression for the continued growth of the firm. “These promotions are a culmination of Josh and Tom’s hard work and commitment and reinforces my confidence in their ability as firm leaders to further enhance the positive impact TAS is making in our community.”

Since joining TAS in 2016, Gobel has been involved in the design of several commercial, residential, and mixed-use, multifamily projects in the Olympia and the South Puget Sound region. Completed projects include The Lurana, a mixed-use waterfront development, and The Easterly—both located in the Olympia downtown area. Gobel is currently overseeing the design and construction of Market Flats and Malt House—two mixed-use infill projects—as well as Old 99, an infill project with 48 residential units targeting workforce and affordable housing. He is concurrently overseeing the design of West Bay Yards, a destination waterfront development with nearly 500 residential units spread throughout five buildings with an esplanade and large public plaza. Gobel has made significant contributions to team growth and development at TAS, starting from a firm of seven when he joined to 18 full time employees today.

Gobel serves on the American Institution of Architects Southwest Chapter (AIASWW) as Board President, is past-President for Olympia Downtown Alliance, and is Lead Mentor for the TAS Career-Connected Mentoring Program through Big Brothers Big Sisters of Southwest Washington. He holds a Master of Architecture and a Bachelor of Science degree in Environmental Design from Montana State University, as well as a Bachelor of Science degree in Environmental Studies from the University of Oregon.

Rieger joined TAS in 2014 and has successfully completed a wide range of project types, including private development, schools, government, and non-profit. Completed projects include Briggs Village Master Plan Amendment, Thurston First Bank/Franklin Lofts, 321 Lofts, Annie’s Flats, The Views on Fifth, and most recently the design for the AIA/SWW award winning History & Nature Center at Brewery Park in Tumwater. He is currently working on the new Agricultural Business and Innovation Park in Tenino for Thurston Economic Development Council and the Hands On Children’s Museum Phase II design. Rieger also leads many of TAS’ corporate office building projects for clients such as Port of Olympia, Pacific Northwest Regional Council of Carpenters, and Cement Masons and Plasterers Local 528 Headquarters & Training Center. Rieger’s emphasis on improving project and resource management systems and processes has been an integral part of TAS’ success.

Rieger is currently serving the second of two consecutive terms as past president for AIASWW, is president-elect at AIA Washington Council, and serves on the Board for Olympia Film Society. He holds a Bachelor of Architecture from Washington State University.