The Business of Childcare: Two Years of Daily Struggle 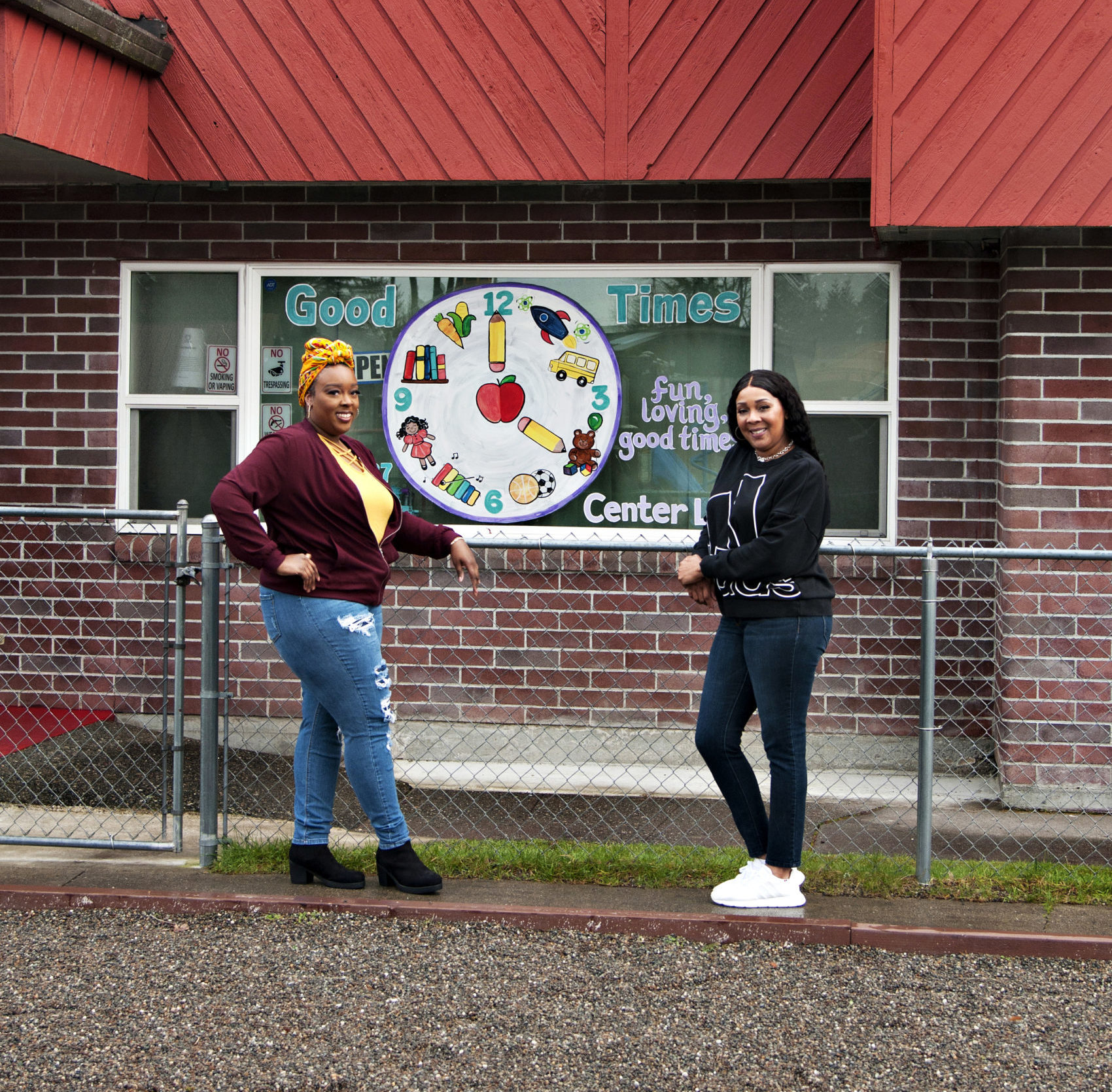 Mother and Daughter Business Owners Share Why It’s Worth It

Childcare. Perhaps the single most important cog in the wheel that makes our world turn. Without it, parents become unmoored, unable to perform their duties in meaningful ways, and sometimes even at all. In a community, childcare providers are the lifeblood—and without their tender loving care of the youngest youth, a community becomes drained of possibility, a mere shell of what it could be.

“COVID has intensified everything that we do,” says Crystal Johnson, co-owner of Good Times Childcare in Lacey, a childcare center that she owns and operates with her daughter, Ashlynn Walker. “We live in fear that somebody is going to come in here with COVID and not realize it because they are asymptomatic. We live with the fear of being closed down and parents leaving and pulling children. We are greatly affected.”

Johnson and Walker opened Good Times Childcare in January of 2020. Like most of the world at that time, Johnson said they were oblivious to what was going on, and never could have imagined that just two short months later, she’d be shuttering her doors for the next five.

“We almost lost everything we had put into this,” she says, “I was—and still am—impacted mentally. We invested everything we had to get the business started and off the ground. We didn’t use grants, or loans, or anything. We did it ourselves.”

Johnson, like so many other small businesses in our community, has struggled through the past two years. But she never gave up. Because that’s the thing about dreams—you don’t just let them die.

Johnson has held the dream of opening a childcare center for the past 15 years. Her previous experience as Director of a center in King County opened her eyes to what is possible when it comes to childcare, and she set out to create an environment that would not only meet but exceed her own high standards.

As a mother of five, Johnson is no stranger to what makes up what she defines as a good childcare center. She and Walker opened a center that has a homey atmosphere, is open extended hours to fill the gap in an underserved population of parents who need that flexibility, and to be one that accepts government and organizational subsidies without judgments. It’s important to Johnson and Walker that all children get the care they need—regardless of their parent’s economic status.

Because they accept those subsidies, Johnson and Walker received a grant from the Washington State Department of Children, Youth & Families (DCYF), and a mix of other funds from other organizations. “That was our saving grace,” Johnson says, “that’s the only thing that kept us afloat. We still had a mortgage. Nobody was forgiving us for that, or for utilities.”

By August of 2020, Good Times Childcare reopened and Johnson says, “As soon as we could come back—we did. And we came back strong.”

The following month, Good Times Childcare received a Thurston Strong grant that couldn’t have come at a better time because it allowed the mother-daughter duo to scale up their business at a time when the need was especially dire.

“Childcare is important,” Johnson says, “because we are instrumental in children’s lives during their formative years and the foundation that we build in them is carried over into when they start school. We’re filling them with positivity, support, understanding, patience; so they can become well-rounded individuals.”

Johnson’s honesty is a reminder of what life is like for parents of young children when she continues on to say, “I just think it’s really important, because we’re the ones who have them more than their parents sometimes. Some of these kids are here 10 hours a day.”

Thanks to Johnson’s and Walker’s efforts, and a cadre of community partners that cheered them on financially, Good Times Childcare is here to stay. Although day-to-day operations during COVID-times have made the already incredibly hard work confoundingly more difficult, Johnson and her team persevere.

A three-step sanitation process, social distancing, KN95 masks, and a whole host of other public health mandates add on another layer to Johnson and Walker’s work, but they take things a step farther with rules of their own like no parents in the classrooms, holding monthly team meetings over Zoom, and even interviewing potential employees that way too.

Johnson says she doesn’t go anywhere anymore and encourages her staff to do the same because she is wholly dedicated to her work and wants to make sure the facility remains open. She said she’s struggling to get and retain employees, and with all of the health mandates, someone is always calling out sick, erring on the side of caution.

“I just hope my story can help another center,” Johnson says, “that is maybe up and coming. There are trials and tribulations you will go through to get to the end of the tunnel, but it’s still worth it. No matter what, we still feel that it’s worth it. We really take pride in what we do.”