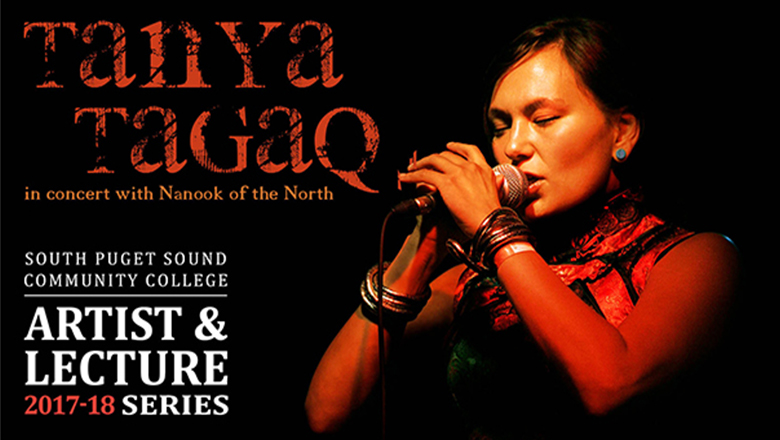 Tanya Tagaq’s music is like nothing you’ve heard before. The Arctic-born artist is an improvisational performer, avant-garde composer, and experimental recording artist who won the 2014 Polaris Music Prize for an album called Animism, a work that disrupted the music world in Canada and beyond with its powerfully original vision. Tagaq contorts elements of punk, metal, and electronica into a complex and contemporary sound that begins in breath, a communal and fundamental phenomenon.

Tanya Tagaq in Concert with Nanook of the North

With this project, Tagaq reclaims the controversial 1922 silent film Nanook of the North. Nanook of the North is considered the world’s first major work of non-fiction filmmaking, yet it is rife with contradictions. The film portrays the lives of an Inuk family in Arctic Canada. Its director, Robert Flaherty, lived and worked with Inuit for years, but still included staged scenes of buffoonery and feigned Inuit ignorance of modern accouterments.  Tagaq will perform a live accompaniment to the film’s silent images of life in an early 20th-century Inuit community in Northern Quebec.

Drawing on her childhood on Nunavut’s Victoria Island, and on her mother’s memories of forced relocation from the film’s Northern Quebec location, Tagaq’s sense of the sound of the Arctic spaces shown in the film transforms the images, adding tremendous feeling and depth to what is a complex mix of beautiful representations and racially charged clichés. Tanya Tagaq in concert with Nanook of the North was commissioned by the Toronto International Film Festival, where it premiered to critical acclaim in 2012 as part of TIFF First Nations.

More information and tickets at spscc.edu/ALseries.