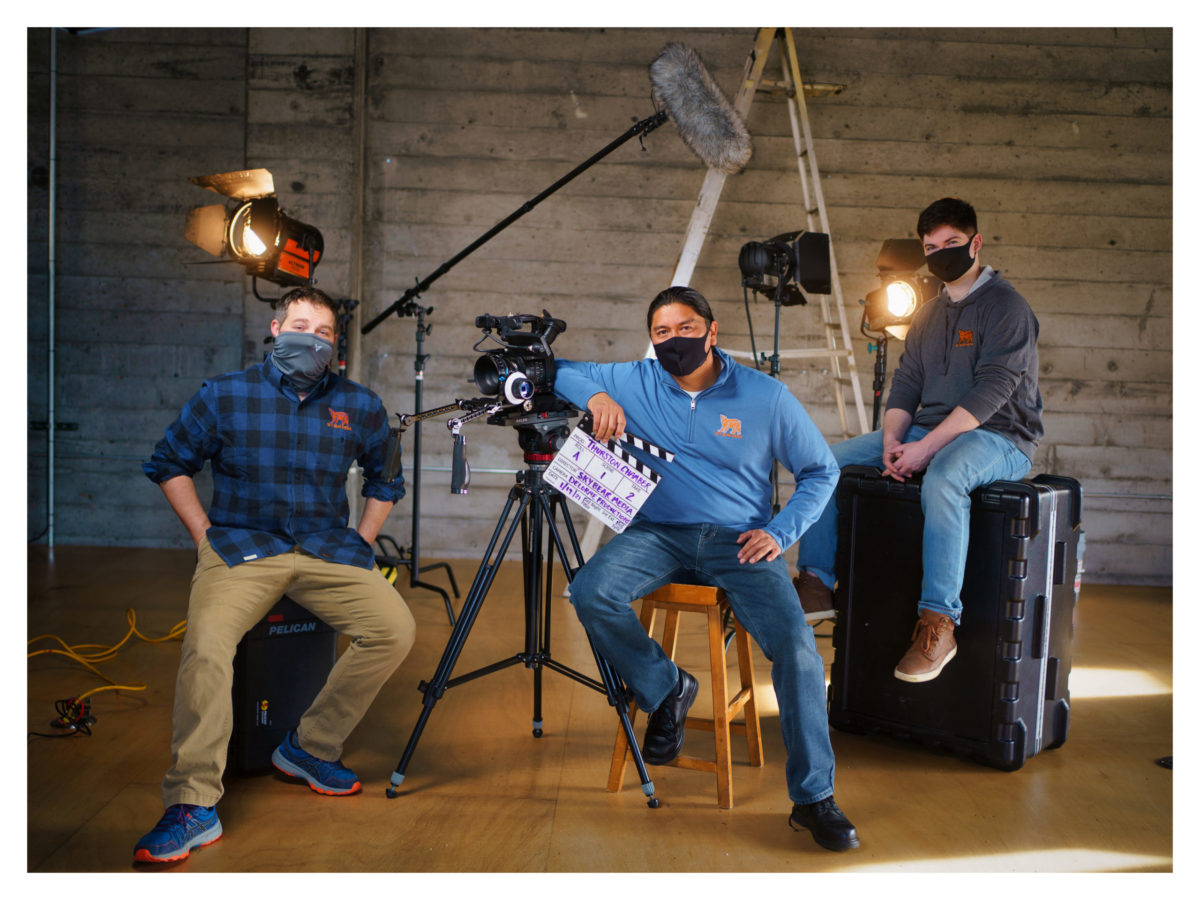 They didn’t know it yet, but after 36 straight hours of work, Jeff Barehand and Riley Gibson were about to create a video model that would become a template for future projects. It was 2014 and their business, Sky Bear Media, was just two years old. When the opportunity came to create a short highlight video of the national Race & Pedagogy conference at the University of Puget Sound, they seized it.

The video they put together effectively synthesized the gathering of more than 2,000 participants from around the globe who had engaged in discussions of race and the impact of racism on education, including speakers such as legendary activist Angela Davis and Harvard Professor Henry Louis Gates, Jr. “We were able to create something that still makes me tear up when I see it today,” says Gibson. “I’m so proud of the products we designed for that conference. The experience helped us develop the type of video we’ve later used for some of our bigger clients.”

This is an article in our Startup Playbook series, where we examine Thurston County start-ups—and the entrepreneurs behind them—to learn what’s working and what’s not and search for a pattern to success. Here is Sky Bear Media’s story.

Craigslist may seem an unlikely place to meet your business partner, but for Barehand and Gibson, the platform proved serendipitous. Both lived in Olympia, both had wives who wanted them to ‘stop messing around making movies,’ as Gibson puts it, and their skill sets were complementary. “I’d been thinking about starting a production company,” says Barehand, “and once I saw Riley’s abilities and professional attitude, I knew this was a guy I wanted to work with.”

Barehand is a former photographer and a current board member for multiple organizations, including Red Eagle Soaring Native Youth Theater and Washington State’s Film Leadership Council. From the start, helping Tribal organizations tell their stories has been an essential focus for Sky Bear Media. Barehand credits his wife with introducing him to a wide circle of her fellow Native American attorneys throughout the U.S. “In the northwest, Indian Country is fairly small, so I got to meet a lot of people fairly quickly,” he says. “Now I have ties with tribal communities nationwide.”

Gibson taught Film Editing at South Puget Sound Community College, worked as an ESL teacher in South Korea, and did videography for Williams Group Marketing and Design before joining forces with Barehand. Whereas his partner excels at connecting with the public, creating storyboards, and designing projects in his mind before they’re rendered, Gibson brings a film school background and a formidable set of technical skills to the team.

Social justice issues tend to be a common thread among Sky Bear Media’s projects, he notes. Sometimes that means filming subjects who are coping with the aftermath of trauma, so creating a safe environment in which they can share their stories is crucial. “Our goal is to let people know that they’re being heard, their emotions are valid, and the project is going to be used to help other people who may have experienced the same thing,” says Gibson.

After eight years in business, the pair have had many memorable jobs, including a return visit to the Race & Pedagogy conference and their recent contribution to the Biden campaign’s ‘America the Beautiful’ video now making the rounds on YouTube. Barehand’s favorites tend to be those that allow for unbridled creativity. “Riley and I started as filmmakers,” he says. “We have this whole creative side, and projects, where we have free rein to come up with a fun way to introduce a product or client, are always welcome.”

In the long term, he’d like Sky Bear Media to serve as a connecting point for Native American filmmakers across the country. “They are scattered on reservations all over the country,” says Barehand. “There may be just one filmmaker in each area. How can we get them to work together to economically elevate themselves and the places where they live so that everyone benefits?”