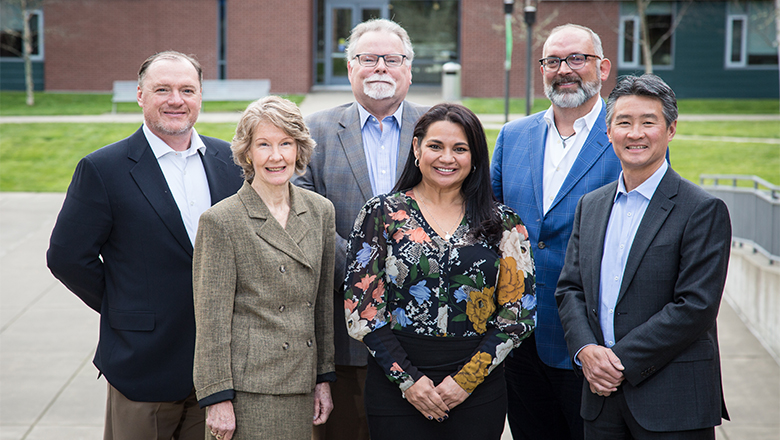 South Puget Sound Community College (SPSCC) has announced that Trustee Doug Mah was reappointed to its Board of Trustees by Washington State Governor Jay Inslee on Oct. 6, 2020 for a term ending Sept. 30, 2025.

Trustee Mah has served on the Board since 2016, and on Wednesday shared his excitement and gratitude for the continued opportunity to be a part of the Board.

“I’d like to thank Governor Inslee for the opportunity to continue serving as a Trustee,” said Trustee Mah. “The whole SPSCC team is doing great work with students and across our community and I’m happy to play a small role in the college’s success.”

Mah is the owner Doug Mah & Associates, a consulting firm, and has recently taken up leadership positions in the Washington State Association of College Trustees and currently serves as President-Elect of the Association. He also serves on the board of the Washington State Employees Credit Union and is active in the Gateway Rotary Club of Thurston County. Mah served as Olympia Mayor from January 2008 through December 2011.

*Pictured: Doug Mah, front row far right, has been reappointed to the SPSCC Board by Governor Inslee.