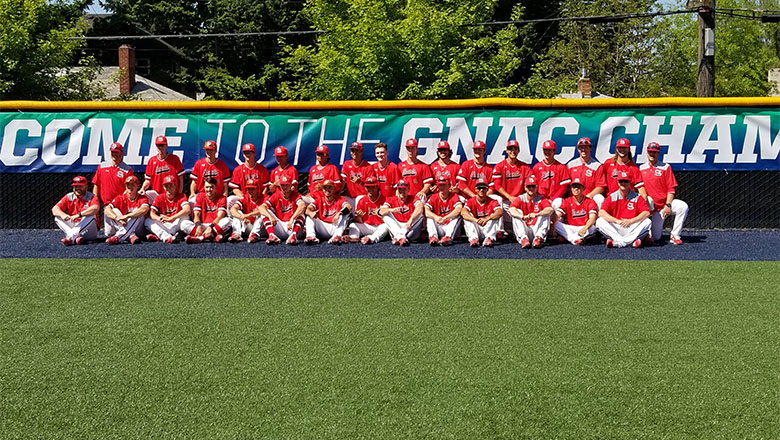 The Annual Thurston County Sports Awards celebrate local high school athletes, college athletes, sports contributors and sports moments. This year, due to the COVID-19 pandemic, the Olympia & Beyond Sports Commission has replaced the in-person awards ceremony with virtual recognition to honor local athletes and game-changers in our community. Today, the Olympia & Beyond Sports Commission is pleased to announce eight award winners in the following categories:

“Each nominee exemplifies the hard work and dedication our local athletes, coaches and contributors who tirelessly give to their sport and our local sports community. Congratulations to all nominees and winners,” said Shauna Stewart, CEO at Olympia & Beyond Sports Commission.

“We were energized with the number and quality of nominations this year,” said Jeff Bowe, Senior Director at Olympia & Beyond Sports Commission. “The advisory committee was very thorough in their evaluation of each candidate. With everything that has happened this year, really, all of this year’s nominees are worthy of an award.”

Boy’s Sports Star of the Year and Girl’s Sports Star of the Year (High School)
Nominees must be a female or male athlete enrolled full-time in a Thurston County high school. Nominees must have participated for a minimum of one year in at least one high school sport, exemplify strong leadership, dedication and sportsmanship with good school behavior.

Christenson is a two-time USA Swimming Scholastic All-American who finaled and medaled at the Washington State Senior Short Course Championships in 2016, 2017 and 2018. He accomplished the same feat four times from 2016-19 at the Pacific Northwest Swimming Long Course Senior Championships as well. He was also a 2019 qualifier for the USA Swimming U.S. Open Championships.

Men’s Sports Star of the Year and Women’s Sports Star of the Year (College)
Nominees must be a female or male athlete enrolled full-time at any time during the 2018-2019 school year in a Thurston County college or a native to Thurston County. Nominees must also have participated for a minimum of one year in at least one collegiate sport, exemplify strong leadership, dedication and sportsmanship with good school behavior.

In 2019, Madsen became the first Saint in program history to earn the Player of the Year award. In 19 games, the senior broke the school record in goals (18) and points (40). Madsen was named to the D2CCA first team All-Region, the United Soccer Coaches third team All-Region, along with being the GNAC Player of the Year, and first team All-Conference. Madsen’s extensive list of awards includes one of the highest honors in Division-II soccer: He was elected to be a second team All-American.

A graduate of Capital High School in Olympia, Taylor was on the swimming and tennis teams where she was team captain for both teams her Senior Year. She was recruited by the Women’s Rowing Team as a walk on Division I athlete. As a Freshman, Taylor rowed in a Freshman 8+ crew regatta-winning boat. As a Junior, Taylor was inducted into the Women’s Rowing Varsity team and rowed on the third Varsity 8+ and second Varsity 4+ boats.

Contributor of the Year
Nominees must be passionate about the growth and success of sports in Thurston County and may include coaches, nonprofit organizations providing access to sports for individuals, and/or large monetary donors to sports initiatives. Nominees must have demonstrated a commitment to sports for a minimum of one year.

On May 9, 2019, the SMU baseball team played the #2 and #3 teams in the GNAC Conference defeating both to win to the program’s first and only conference championship game. The Saints came back from deficits in both games all while facing the possibility of immediate elimination from the high-stakes tournament. They eventually secured the wins, 3-2 versus Northwest Nazarene University and 9-2 over Western Oregon University.

Thurston County Sports Legend
Nominees must be an individual over the age of 18 who was born in Thurston County or resided here for a minimum of five years and must be passionate about the growth and success of sports in Thurston County. The nominee must have maintained and continue to maintain ties to Thurston County through philanthropic events and/or financial donations to support sports in the community. Ideally, nominees would have played either collegiate or professional sports or had a significant impact in the Thurston County sports community.

Tim has been coaching, teaching, and supporting both youth and adult basketball, soccer, baseball and basketball teams in Thurston County since 1990. He has coached and taught for the Lacey Parks Department, the South Sound YMCA and Olympia High School. He also founded numerous adult indoor and outdoor soccer teams for both men and women including the Oly Town Artesians. He is a sponsor of AK Night, an annual celebration of the life of Austin Kelley, former Captain of the Artesians who drowned in 2016. The event is a fund-raiser for the Kelley family and a gathering of Olympia’s soccer community.

This year, The Sports Commission Advisory Committee gave a special recognition to Father Gerard Kirsch of Saint Martin’s University. “Father G,” as he was known by the Saint Martin’s Community, was the school’s biggest supporter of Saints’ Athletics. He has attended every volleyball, basketball and baseball game for the last 30 or more years. He would meet with the athletes before games to give them a pep talk and a prayer. Father G was instrumental in helping Saint Martin’s break ground on the campus’ new baseball field in the mid 90’s, which the Saints still play on to this day. When Saints’ head baseball coach Ken Garland passed away in 2018, Father G led the pregame prayer with both the Saints and the opposing team. He helped everyone through difficult times and was there to help celebrate the good ones. He connected with all the student-athletes and cared for them more than anybody else. He taught History at the University, teaching many of the student-athletes that have come through Saint Martin’s. He was also a major supporter and fan of local youth baseball programs who played at Saint Martin’s during the summer. Father G embodied the best of us, showing up and cheering, rain or shine, win or loss. He was inducted in Saint Martin’s Hall of Honor in 2018.