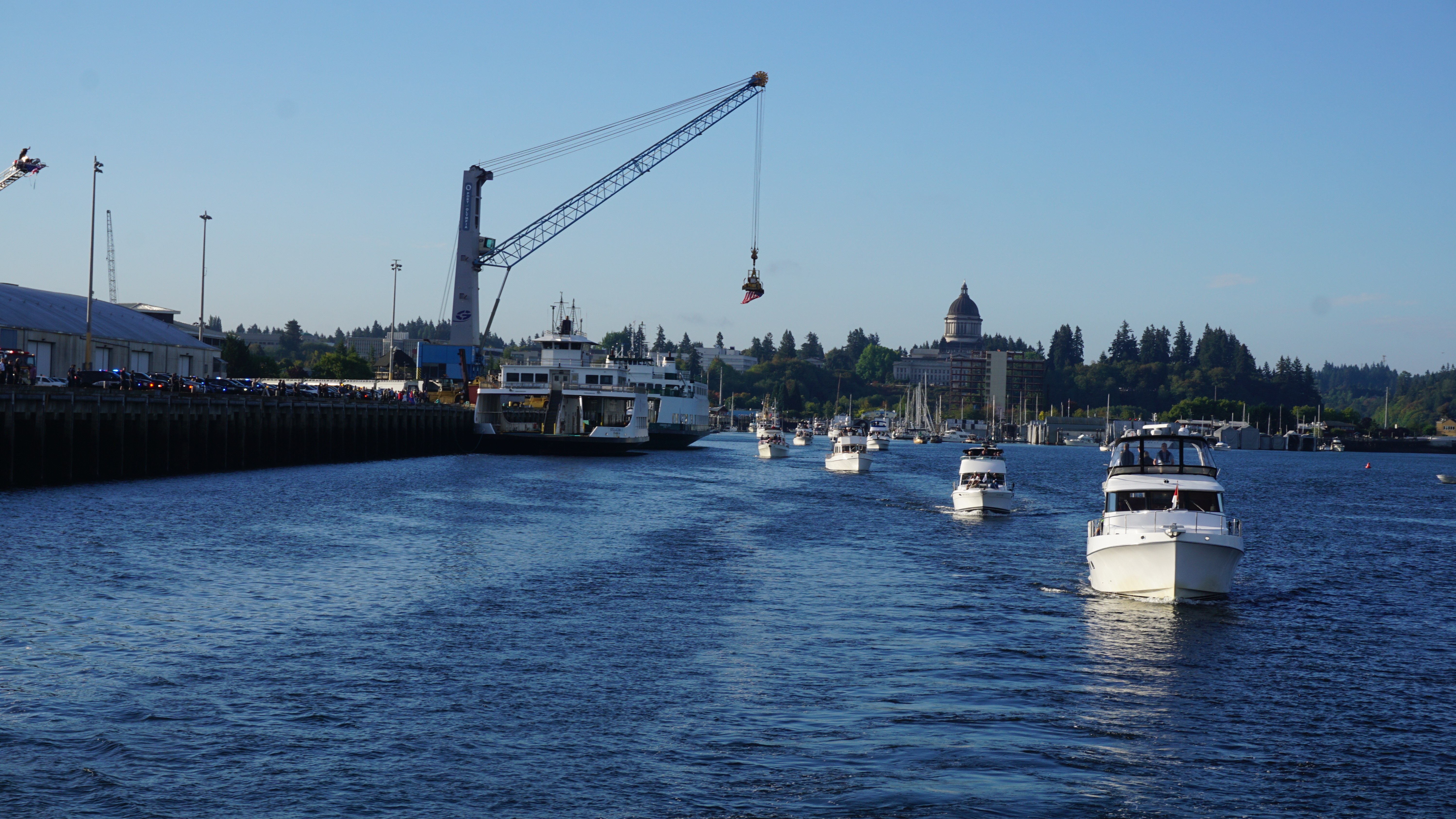 Now in its 57th year, the Thurston County Chamber will once again partner with the Olympia Yacht Club to host local military personnel at Foofaraw, an event unmatched anywhere else in the world.

Always the first Friday after Labor Day, we will be shoving off from the Olympia Yacht Club main station Friday, September 6, 2019.

Foofaraw has gained in popularity with every passing year and is well-known throughout the United States Armed Forces. Yacht club members transport guests to Island Home, where the Yacht Club and the Chamber treat them to a full day of games and a terrific salmon barbecue lunch. Finally, local dignitaries honor the military personnel.

For the last several years, the Port of Olympia has shown their gratitude of service to our military by arranging an unofficial send-off which includes representatives from local police, medic, and fire departments and always hanging a large American flag from one of their cranes.

Thank you to our presenting sponsor, Eric Zabala, State Farm.