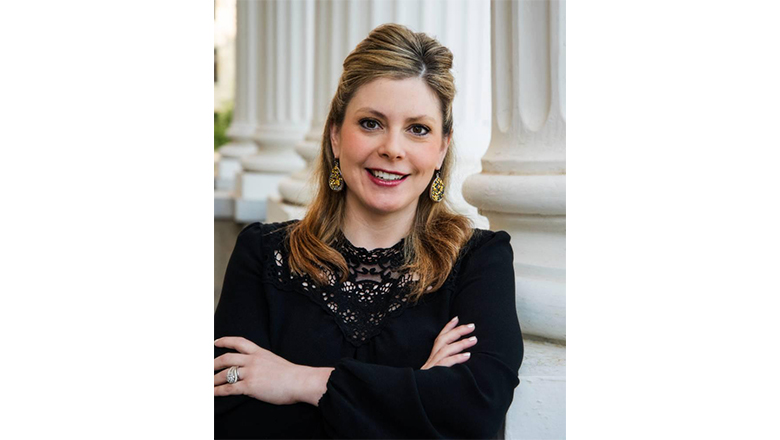 Abbot Marion Nguyen, O.S.B., chancellor of Saint Martin’s University, shares, “Inspired by the  Catholic faith and Benedictine tradition, our founding monks made a home here not only for  themselves, but also for the students they serve; 127 years later, these same principles continue  to guide the daily life of the university and the abbey. Dr. Bonds-Raacke understands and shares  this conviction. We see in Dr. Bonds-Raacke a person who listens attentively and respectfully,  responds thoughtfully, and capable of unifying all in a common purpose. With joy, we welcome  Dr. Bonds-Raacke to our home, soon to be her home.”

The Saint Martin’s Presidential Search Committee comprised 15 individuals representing the  Saint Martin’s community, including members from the abbey, faculty, staff, students, alumni,  the board of trustees, and the Archdiocese of Seattle. The search committee was tasked with  looking for a president who will lead Saint Martin’s to its next level of financial security and  academic prominence through strategic vision and transparent servant leadership, while  supporting a caring, transformative educational experience in the Catholic Benedictine tradition.  Through the extensive process, the search committee sought the input of stakeholders across  the university including students, faculty, and staff, to inform the credentials needed in the  university’s next president.

“I am grateful and appreciative for all the diligent work and discernment that went into the  selection of our new president,” says Medrice Coluccio, chair of the Saint Martin’s University  Board of Trustees.

Dr. Bonds-Raacke brings a wealth of experience in cultivating welcoming and inclusive campus  communities, allowing all members of an institution to flourish and succeed. During her time as

provost at St. Norbert College, she has worked with partners in academic affairs to create equity,  diversity, inclusion and belonging (EDIB) and mission cohort hires; sponsored anti-racism  training for faculty, staff, and students; and partnered with human resources to revise policies  and procedures, ensuring transparency and due process. At her prior institution, Fort Hayes  State University in Kansas, she was the dean of the Graduate School and Office of Scholarship  and Sponsored Projects, where she developed and supported programs to work closely with  first generation, adult learners, military and veterans, and historically underrepresented groups  to ensure a college education is achievable for all.

“Dr. Bonds-Raacke has dedicated her academic career to removing barriers and creating  opportunities for individuals to benefit from the experiences received from attaining a college  education,” says Coluccio. “With this commitment to student success and devotion to a mission focused University, she positions Saint Martin’s for continued excellence.”

In the last decade, Saint Martin’s has been recognized for its efforts to support an increasingly  diverse student body and for being a leader in transformational change to its surrounding  community, including being named a top 50 “Most Transformative College” by MONEY magazine, the first Purple Heart University in Washington state, and Thurston Green Business’  2021 Large Business of the Year.

“I am honored to have been selected as the next president of Saint Martin’s University. As a first generation college student, I know how a college education can transform your entire life,” shares Dr. Bonds-Raacke. “I look forward to joining and leading Saint Martin’s University, a  community dedicated to its Catholic Benedictine values, including hospitality, listening, justice,  respect for persons and stewardship. Thanks to President Heynderickx, I step into this new  position inheriting an outstanding foundation upon which to continue leading the Saint Martin’s  University community with a heart for diversity and equity and an eye for continued academic  excellence – to lead with heart.”

Bonds-Raacke obtained her Ph.D. and M.S. from Kansas State University in experimental  psychology and her B.A. from Christian Brothers University. Dr. Bonds-Raacke will be joined by  her husband, Dr. John Raacke, their two daughters, Callie and Brooke, and their dog, Doc.