Saint Martin’s College of Arts and Sciences to Host Events Focused on Race and Diversity, Social Justice and Literature 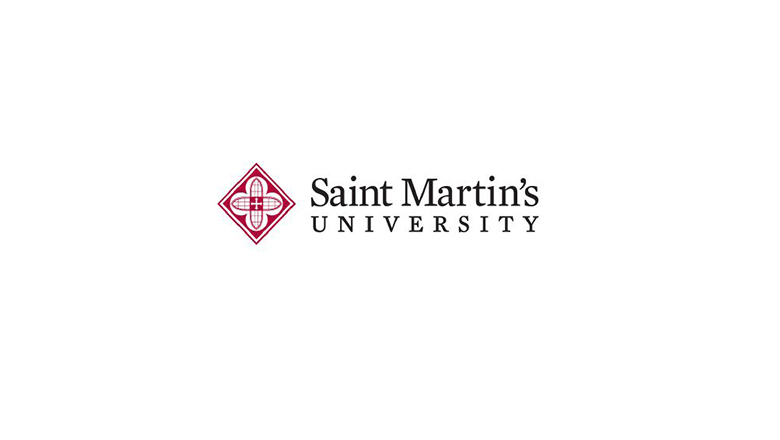 Saint Martin’s College of Arts and Sciences will host several events this fall that focus on race and diversity, social justice and literature. The events include the latest installments from the University’s two longstanding series: the Robert A. Harvie Social Justice Lecture Series and the Les Bailey Writers Series.

On September 18-19, Lee Bebout, Ph.D., associate professor of English at Arizona State University, will visit Saint Martin’s to deliver a public talk and speak to several classes. On Monday, Sept. 18 at 7:00 p.m. in the Norman Worthington Conference Center, Bebout will present “What’s Love Got to Do with It? White Desire, Country Music, and Cross-Border Love,” a talk that emerges from his recent book “Whiteness on the Border.” The presentation examines how representations of Mexican women in country music expose the dynamics of white desire. While many would describe white supremacy as charged with hate and degradation, Bebout demonstrates how “racist love” may be harder to tackle, for the seemingly ubiquitous erotic, exotic Mexicana of U.S. popular culture is often used to render white masculinity as both desirable and idealized. The talk concludes by exploring other models of transborder love that may be used to resist the logics of domination. The presentation on Sept. 18 is free and the public is invited to attend.

At Arizona State University (ASU) Bebout teaches on and researches in the areas of race, social justice, and political culture. Earning his Ph.D. from Purdue University’s Program in American Studies, Bebout also serves as affiliate faculty at ASU with the School of Transborder Studies, the School of Social Transformation and the Program in American Studies. His articles have appeared in Aztlán, MELUS, Latino Studies, and other scholarly journals. His first book, “Mythohistorical Interventions: The Chicano Movement and Its Legacies” (Minnesota 2011), examines how narratives of myth and history were deployed to articulate political identity in the Chicano movement and post-movement era. His second book, “Whiteness on the Border: Mapping the US Racial Imagination in Brown and White” (New York University Press 2016) explores how representations of Mexico, Mexicans, and Mexican Americans have been used to foster whiteness and Americanness, or more accurately whiteness as Americanness. Currently, Bebout is co-editing a volume titled “Teaching with Tension” with Philathia Bolton (University of Akron) and Cassander Smith (University of Alabama). The volume examines how the political moment of the last decade have shaped the teaching of racial justice and details strategies that educators have used to foster fruitful learning both in and out of the classroom. In spring 2015, Bebout’s course on critical race theory and the “problem of whiteness” gained the attention of Campus Reform, Fox News, and other conservative media outlets.

On Friday, Sept. 22, a presentation about understanding the causes of Islamophobia and exploring ways to combat it will be the focus of this year’s first Robert A. Harvie Social Justice Lecture at Saint Martin’s University. Aneelah Afzali, executive director of the Muslim Association of Puget Sound-American Muslim Empowerment Network (MAPS-AMEN), will present the lecture and workshop. The presentation will be at 4 p.m. on Friday, Sept. 22 in Harned Hall Room 110 on Saint Martin’s Lacey campus. The lecture is free and the public is invited to attend.

Afzali’s presentation, “Combating Islamophobia,” will explore several topics, including why hate crimes against Muslims in America are at an all-time high in the U.S.; why anti-Muslim proposals and vitriolic rhetoric have reached unprecedented levels; and how all the hate against Muslims arose. Afzali will also discuss how to take concrete action steps to combat Islamophobia and promote our shared American values of religious freedom and diversity.

Afzali is the executive director of the American Muslim Empowerment Network (AMEN), a new initiative of the Muslim Association of Puget Sound (MAPS) in response to the challenges of our times. She also serves as a governing board member of the Faith Action Network, and director of the legal clinic at the Muslim Community Resource Center. She is an attorney and graduate of Harvard Law School who worked at two law firms in Seattle (making partner at one), before building and leading the legal department of a local healthcare technology company as general counsel. Four years ago, after a spiritual awakening and witnessing the growing divisiveness in the U.S., Afzali took a break from her legal career to pursue two things her faith emphasizes – knowledge and service. Since then, she has served as a community activist, interfaith leader, educator and presenter, guest preacher, events coordinator, strategic adviser, civil rights and social justice advocate, community capacity-builder, seeker of knowledge and volunteer attorney. Her work with faith and non-faith communities has helped build bridges of alliance, increase understanding of Islam and Muslims, fight bigotry and discrimination, and combat Islamophobia with facts over fiction, faith over fear and love over hate. To continue this work, she founded MAPS-AMEN in December 2016. She graduated summa cum laude with a bachelor’s degree in psychology (and minors in business and Spanish) from the University of Oregon Robert D. Clark Honors College and was named a Chayes International Service Fellow at Harvard Law School.

The Robert A. Harvie Social Justice Lecture Series was created by Saint Martin’s faculty member Robert Hauhart, Ph.D., J.D., professor and former chair of the Department of Society and Social Justice. He founded the series to raise awareness of social justice issues within the community. The series honors the work of Robert A. Harvie, J.D., former professor and chair of the University’s Department of Criminal Justice.

The Les Bailey Writers Series returns for its fourth installment at Saint Martin’s University on Oct. 4, with a presentation from internationally-acclaimed novelist Jim Lynch in the Norman Worthington Conference Center at 7:00 p.m. Lynch will read from his work and provide commentary on his writings. The event is free and the public is invited to attend.

The Seattle Times has said Jim Lynch “observes like a journalist and writes like a poet.” He is the author of four novels set in Western Washington with his latest creation, “Before the Wind,” released last year. The New York Times reviewer Janet Maslin picked his novel “Truth Like the Sun” as one of her 10 favorite books of 2012. That novel was also a finalist for the Dashiell Hammett Prize, given to the best literary crime fiction in North America. Lynch’s first novel “The Highest Tide” (2005) won the Pacific Northwest Bookseller Award, was performed on stage in Seattle, and became an international bestseller after it was featured on England’s “Richard and Judy” television show. His second novel, “Border Songs” (2009), was also adapted to the stage and won the Washington State Book Award as well as the Indies Choice Honor Book Award.

Lynch grew up in the Seattle area and graduated from the University of Washington, then became a reporter for newspapers in Alaska, Virginia and for columnist Jack Anderson in Washington, D.C. Returning to the Northwest, he wrote for The Spokane Spokesman-Review, The Portland Oregonian and The Seattle Times. His national reporting honors along the way included the George Polk Award, the H.L. Mencken Award and Livingston Young Journalist Award for National Reporting. He now lives and sails in Olympia, Washington, with his wife Denise and daughter Grace.

The Les Bailey Writers Series is presented by the University’s English Department, with funding from the Leslie G. Bailey Endowment. The endowment honors the gifted and inspiring Saint Martin’s University Professor of English Les Bailey, Ph.D. A 1964 Saint Martin’s alumnus, Bailey returned to his alma mater in 1975 as a faculty member and later became chair of the English Program and dean of humanities. He continued to teach until his death in 2010. The writers series brings writers and authors of note to campus to read and discuss their books, a practice that was an especially meaningful part of Bailey’s teaching philosophy. He shared his great passion for the written word with students, inviting them over the threshold of a book to explore the deeper themes and meanings of life captured in its pages.