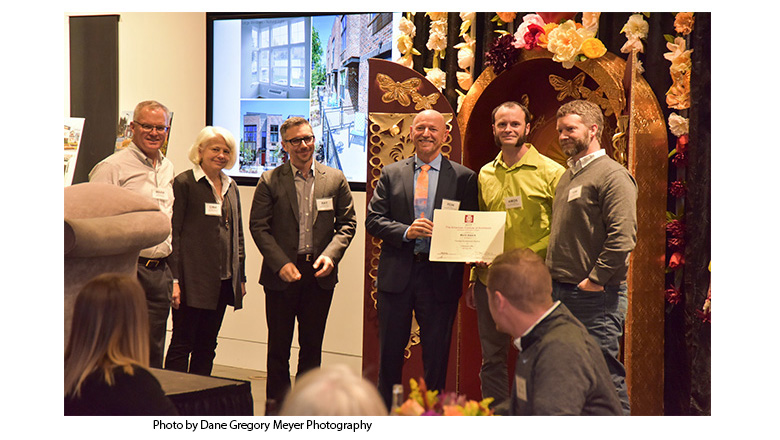 The American Institute of Architects Southwest Washington (AIA/SWW) Chapter announces Ron Thomas, President of Thomas Architecture Studios, as the winner of the 2017 Charles T. Pearson Honor Award. The award is named after the late Tacoma-based architect Charles T. Pearson who was a founder of the AIA SWW Chapter and known for his exemplary service to the community. The award, which recognizes community-minded architects who serve in the spirit of Pearson, was presented to Thomas during the AIA/SWW Honor Awards ceremony on November 2, 2017, in Tacoma, WA. Thomas was introduced by Olympia Mayor Cheryl Selby who was one of six people to nominate him for the award. Selby remarks, “I’ve had a front-row seat watching Ron and his firm repurpose existing buildings as well as design inspiring new projects that have spurred a virtual renaissance of our historic main-street downtown.”

Thomas donated the prize of $500 to SideWalk, an Olympia-based organization focused on ending homelessness in Thurston County.