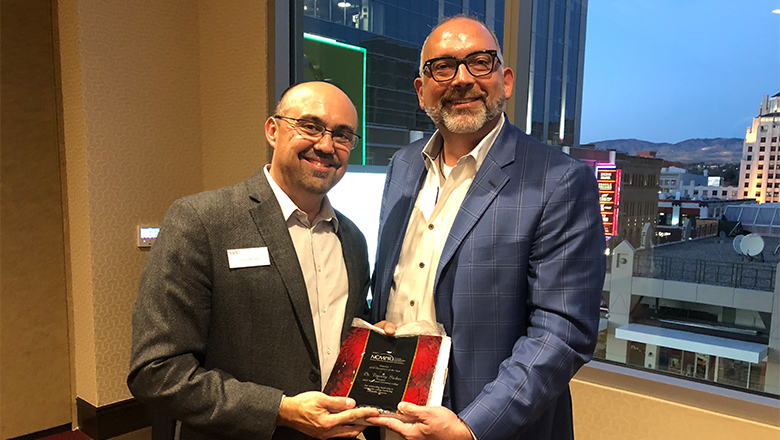 South Puget Sound Community College (SPSCC) today announced that SPSCC president Dr. Timothy Stokes was awarded the 2018 Pacesetter of the Year award by the National Council for Marketing & Public Relations (NCMPR), District 7.  He was recognized at an awards ceremony at the NCMPR District 7 conference in Boise, Idaho, on Thursday, Oct. 11, 2018.

The NCMPR Pacesetter of the Year award recognizes a community college president or CEO who has demonstrated special leadership and support in college communications and marketing. It is awarded annually in each of NCMPR’s seven districts. The district award automatically qualifies Dr. Stokes for the national award; his nomination will compete with six other district awardees at the NCMPR National Conference in San Antonio, Texas, in March 2019.

The Public Relations Office, with support from the Board of Trustees, nominated Dr. Stokes for his keen awareness that public relations and marketing strategies are integral to the success of the institution, impacting brand and reputation, enrollment and retention, and morale and engagement of faculty and staff.  “His greatest public relations asset, however, is his own personality,” said Chief Communications and Legislative Affairs Officer Kelly Green. “He is a powerful storyteller who knows that the way to connect with people and get them excited about community colleges is through meaningful stories that illustrate how education drastically changes lives.”