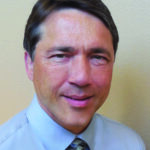 “PSW’s expanded executive leadership team is well positioned to support its network of more than 350 physicians, hospitals and other providers to improve the health status of our community and to assure continued access to high quality, cost effective health services to the local patients they serve,” stated Physicians of Southwest Washington CEO Mariella Cummings.

Scott Parks has been named to PSW’s newly created position of finance director. Parks brings 20 years of experience in health care and other industries to the association. He most recently held the position of assistant controller and accounting analyst for TRA Imaging, located in Tacoma. Previously he was the assistant controller at Olympia’s Capital Medical Center from 2007-2009. Parks holds a bachelor’s degree in finance from Western Washington University.

– Tamara Schaffert to the position of director of administrative services. At the same time she took on the role of executive director of PSW’s non-profit arm, Healthy Communities Foundation. Initially hired by PSW in 2012, as the provider network manager, in her new roles Schaffert provides oversight to PSW’s administrative department. She also manages several PSW initiatives, including the association’s efforts to identify and implement a care coordination technology platform, and its endeavors to sustain the independent practice of medicine.

Prior to joining PSW, Schaffert managed physician outreach, facility communication and supported operations for South Sound Radiology. She also served as executive director of the Olympia-Lacey-Tumwater Visitor & Convention Bureau from 2000-2007.

– Susan Williams, RN, BSN, MHA, to the combined position of care management and clinical informatics director, assuming the additional administrative responsibility for PSW’s medical management department in addition to her ongoing position as director of quality improvement and clinical informatics. In her combined roles, Williams will be developing a staffing plan to support both areas and also will be working closely with PSW’s medical director, Dr. Michael Herring, to move forward on several new initiatives that have been identified to improve care coordination, care transitions, clinical documentation associated with risk adjustment, plus data collection and analytic capacities.

Williams was initially hired by PSW in 2013 to be an RN in the medical management department. She has extensive prior experience in medical administration.