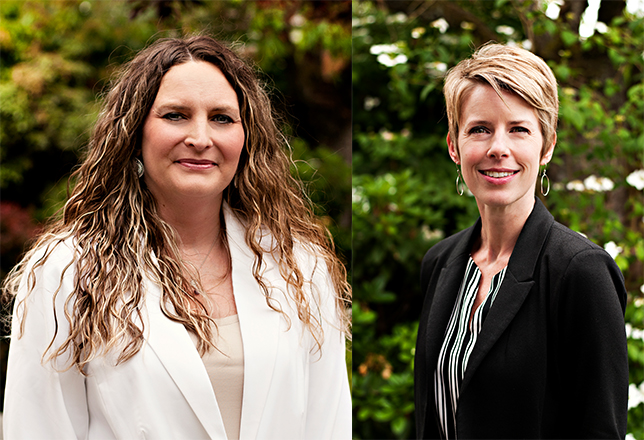 Physicians of Southwest Washington (PSW) has promoted two of its directors to newly created executive positions.  The internal promotions of Tamra Ruymann and Tamara Schaffert were announced May 31st by CEO Melanie Matthews.

“Both of these individuals have demonstrated an exceptional commitment to PSW’s success. Our continued growth in the healthcare market will be guided by their valuable insight and leadership,” said Matthews.

Tamara Schaffert was promoted to Chief Operating Officer. In her new role, she is responsible for growth and strategy, provider network operations and HR. Schaffert brings 23 years of experience focused on business development, operational improvement and relationship management.  Prior to joining PSW, Schaffert served in a leadership role at South Sound Radiology and held the position of director for two non-profit organizations for more than 12 years. She holds an MBA and a Lean Six Sigma Green Belt certification from Saint Martin’s University.

Tamra Ruymann was promoted to Vice President of Health Informatics. In her new role, she is responsible for business intelligence, technology and clinical interfacing. Ruymann brings 25 years of experience in the payer setting with comprehensive experience in claims management, medical risk adjustment and population health analytics.  Prior to joining PSW in 2008, Ruymann was employed by the Washington State Department of Labor and Industries in project management where she was responsible for the implementation and agency-wide training of a multi-functional imaging system affecting more than 800 employees. She holds a degree in healthcare informatics from Washington Governor’s University.