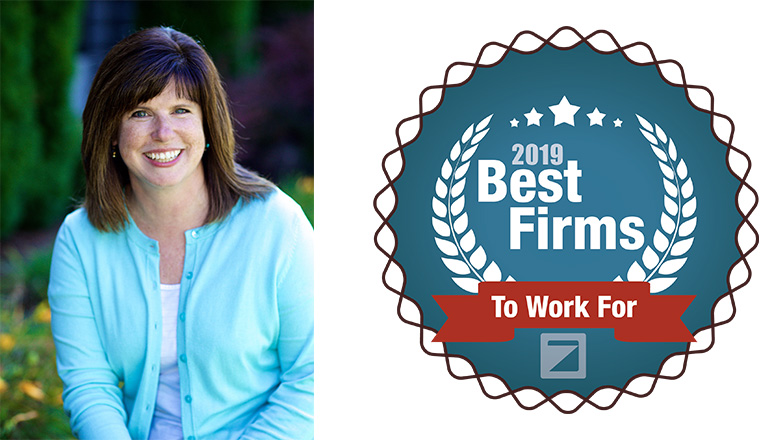 Industry insiders say one of the fastest growing consulting firms in the country is also one of the best places to work.

Each year, the Zweig Group produces rankings for outstanding architecture, engineering, environmental, and multidiscipline firms in the U.S. and Canada. Thurston County’s SCJ Alliance received both the Best Firms to Work For award and Hot Firm award at Zweig’s annual conference in early October in Las Vegas.

“We have an incredible team and the Best Firms award is an affirmation of that,” shares SCJ co-founder Jean Carr, president and CEO. The Best Firms list is based on workplace practices, employee benefits, employee retention rates, and more, as evaluated in an anonymous survey of firm employees. SCJ ranked 31st in the Civil Engineering Category and 13th for firms of 100-199 employees.

The fastest growing, or Hot Firms, the list is based on the percentage of revenue growth and dollar revenue growth over a three-year period. “The two awards are intrinsically linked,” says Carr.  “When people like where they work and who they work with, those feelings transfer to their work and the clients they serve.” SCJ has active projects in Thurston, Lewis, Mason, and Grays Harbor counties, among others.

As one respondent put it “Every day, the people who work here really love their work. This shows in the quality of the work they provide, but also in the kindness and high level of collaboration and mutual respect.”  Employees take pride in the positive impacts they’re having on the communities they serve, added Carr.