The Olympia Family Theater Presents a Special Performance of Sophie 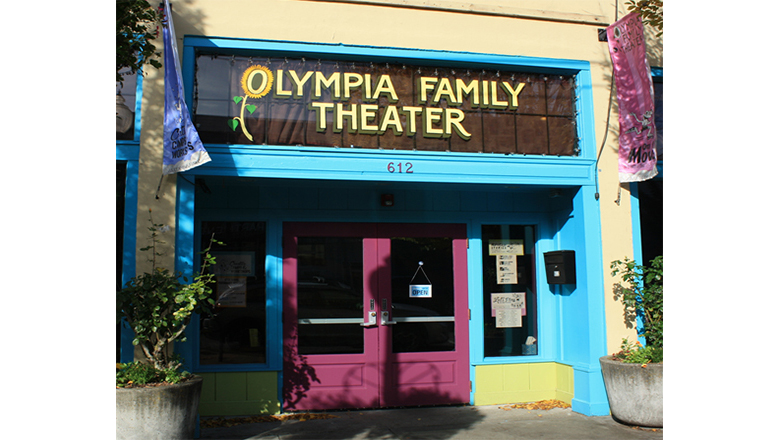 An uplifting play based on Sophie Large’s extraordinary writings, many of which are published widely in the acclaimed book Sophie’s Log.  From her earliest childhood, Sophie used to write about things and events and people that interested her, and as she became older she often wrote as well about her own thoughts and feelings. This one-act show takes place at an outdoor railway station, where a young Sophie (age 13) talks with her older self (age 19).

At age 19, the talented Sophie was due to direct and produce a play at the Edinburgh Fringe (Scotland) but died before this ambition could be realized. In the ensuing weeks her family decided to found a charity in Sophie’s name to give financial support to needy students of acting and of singing – ‘Sophie’s Silver Lining Fund’. The charity published a book of Sophie’s own writings entitled ‘Sophie’s Log – thoughts and feelings in poetry and prose’. A few years later the trustees commissioned a playwright to write a short play based on Sophie’s Log.

Written by local Olympia playwright, Bryan Willis, Sophie premiered at the Edinburgh Festival Fringe in 2002 and was adapted as a radio play two years later for broadcasting on BBC Radio 4, as an Afternoon Theatre play.

This production premiered on Vashon Island and was recently featured at the International Theater Festival in Shenzhen, China.

Our lobby will open 1 hour before show time.