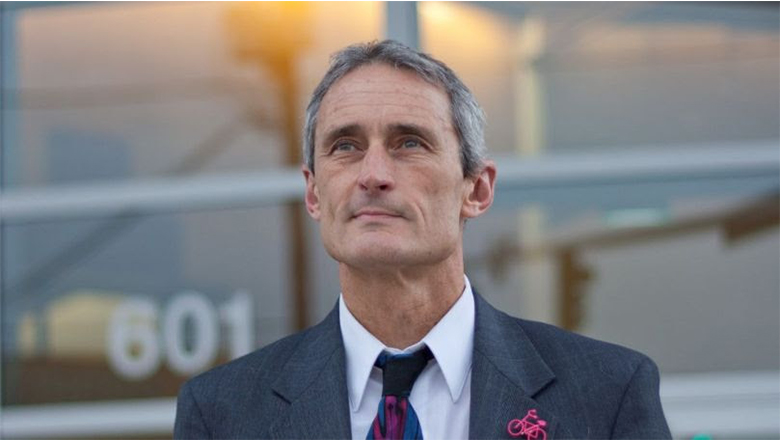 Today, Olympia City Manager Steve Hall announced his retirement after 30 years of service with the City of Olympia.  He will be leaving the City on Nov. 7, 2019.  Hall has served as the City Manager of Olympia, since 2003.  Prior to that, he was Olympia’s Assistant City Manager for 13 years.

“Serving the Olympia Community for the past 30 years has been a privilege.  I have had the opportunity to work with dedicated Councilmembers, talented staff and engaged stakeholders who each day help make Olympia a better place,”said Hall.  “I’m proud of the work we have accomplished together and know that work will carry on to continue to make Olympia a healthy, vibrant, beautiful Capital City.”

“Steve Hall is one of those rare leaders that has the ability to plan strategically while inspiring cooperation across the City team,” said Mayor Cheryl Selby. “He has managed Olympia with the important qualities of vision, courage and integrity.  It has been an honor to work with him. The City Council will undertake a robust professional search for his replacement, knowing we have big shoes to fill.”

Hall manages a staff of more than 600, who provide key services to the City, including Public Works; Police; Fire; Parks, Arts & Recreation; Administrative Services; Legal Department and Community Planning and Development.  During his tenure Hall oversaw the building of the new City Hall and Hands on Children’s Museum, the reconstruction of the 4th Avenue Bridge, implementation of the Home Fund measure, creation of the Plum Street Village, expansion and strengthening of public safety initiatives.

The City has received a Distinguished Budget Presentation Award from the Government Finance Officers Association for each year Hall has been City Manager.  In 2014, he was named Boss of the Year by the Thurston County Chamber of Commerce.

Hall earned a Bachelor of Public Administration degree from Western Washington University and a Master’s Degree in Political Science/Public Administration from Washington State University.  Prior to coming to the City of Olympia, Hall’s experience also includes work as the Assistant to the City Manager in Boulder, Colo. and Public Management Assistant in Kansas City, Mo.

Hall has served on the Board of Directors of the Washington City/County Managers Association, the Executive Committee of Washington Cities Insurance Authority, and the International City Managers Retirement Corporation Advisory Board.