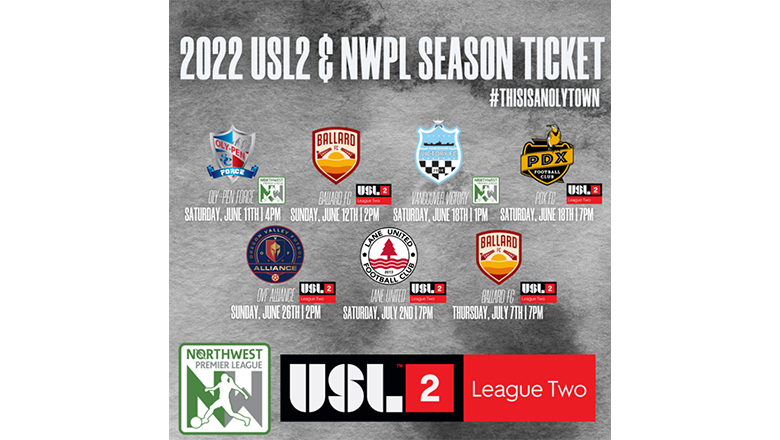 The Oly Town Artesians return home to Olympia after dropping road matches in Oregon last weekend in both men’s and women’s play.

First, the Artesian Women play against the Force from Bremerton, WA at 4PM at Black Hills High School.  Oly Town is vying for a playoff run and need a key win this Saturday to keep the hunt alive.  The women are holding onto a second place position but only off goal differential.  The Artesian 0-1 loss in Salem was not symbolic of the game as it was evenly match and a random mishandled ball accidentally let a goal in.

The Oly Town men head home after a weary road trip in the USL League Two Division on Sunday against the undefeated Ballard FC.  2PM kickoff and fans will enjoy food trucks, halftime show and first 100 fans get “Retro Artesian Jerseys’ from Lucky Dog Casino, one of the clubs founding sponsors from 2014.  The men look to throw Ballard their first loss of the season.

The Oly Town Artesians have experienced a whirlwind 2022 after being accepted into the Northwest Premier League for women’s soccer and the men’s team being recruited into the USL2 to even out the Pacific Northwest division.  Both programs are highlighting the counties first ever pre-professional soccer team.

What does, pre-professional or #path2pro mean for USL2 soccer?  Technically the Artesians play against other clubs that are run by professional organizations from around the United States and if Oly Town takes a top 2 position they can have a chance to play in the US Open Cup against the MLS Teams such as the Seattle Sounders and Portland Timbers.  This would bring the MLS to Thurston County if it comes to fruition.

Saturday, June 18th boasts the clubs first “Soccer Fest” where the club will have a kids zone with inflatable soccer field, food trucks and a triple header with the Northwest Premier League playing at 1PM, the Evergreen Premier League at 4PM and USL2 playing at 7PM.  Action packed and tons of prizes for the kids attending and halftime competition for select fans at the 7PM match.

Oly Town is looking for supporters as there are season ticket savings still available and business sponsorships available by heading olytownfc.com.