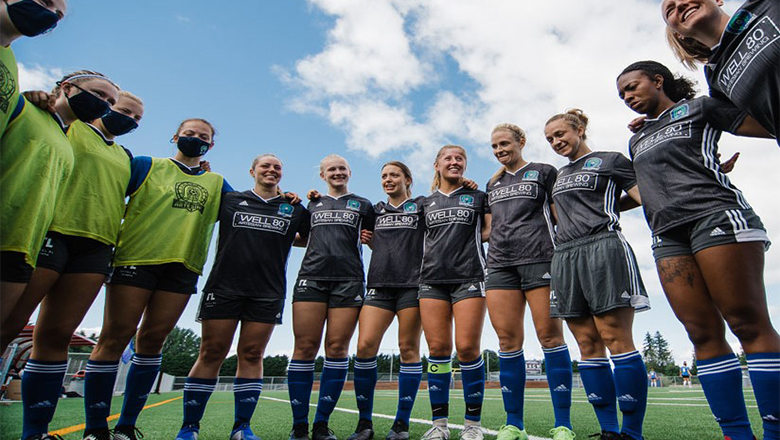 The United Soccer League announced September 29th, 2022 the expansion of the USL W League to Pacific Northwest States to include CFC Atletica of Salem, OR, OVF Alliance of Albany, OR, Lane United FC of Eugene, OR and Olympia’s own Oly Town FC. The news comes just months after the Artesian Women posted the clubs first ever League Title defeating CFC Atletica in the Northwest Premier League Championship.

“Expanding into the northwest part of the country was really important for us as a league,” USL VP of Youth and Pre-Professional Properties, Joel Nash, said. “We are so excited to be adding these four wonderful clubs to the W League for the 2023 season. It creates so many opportunities for the talented women already playing soccer out in the western side of the country.”

Oly Town FC was founded in 2014 as a men’s indoor team but has expanded exponentially since the early years adding women’s and men’s outdoor competing in semi-pro leagues and now both programs signing franchises with USL Soccer. The Artesian Men competed in their first USL League Two Season this last summer posting a middle of the pack results but also taking the 1st Place Prize in the Washington State Super Cup.

The Women’s side which is newer since their 2021 formation found early success winning a road NWPL Championship match against CFC Atletica in Salem, OR, tying the match in the 89th minute and winning in a Penalty Shootout. 2022 Oly Town NWPL Captain Delaney Smith thinks the USL Promotion is positive, “entering the W League is huge step for women in Washington. It gives women and college players the opportunity to grow and strive towards the next level of their soccer careers.”

USL soccer is the governing body of professional, path to professional and youth academy soccer in the United States. Oly Town FC will be the first Washington State team to be featured in this national soccer market franchise for Women’s Soccer. Teams are primarily comprised of college players and women seeking continuing path to professional opportunities.

“Best thing about playing for Oly Town is the community support” said Kailey Utley, Oly Town indoor single season record holder (25 goals) and Big-12 All American at West Virginia University. “The local community really rallied around the Oly Town teams and as a player you could feel all that love and support for the organization.”

The move to USL W League will see it’s first kickoff in Spring and Summer of 2023. Those that are interested in working, supporting or becoming a Oly Town Supporter are encouraged to visit www.olytownfc.com and follow the club on Facebook, Instagram and Twitter for daily updates from the club.

The Artesians about to embark on their 8th season of Arena Men’s Soccer in just over a month so make sure and get your season tickets and fan gear ready. Tickets are $15 single games, $60 Season Tickets and Free 12 & Under Youth Ticketing thanks to the Oly Soccer Foundation. Proceeds go towards field rentals, coaching and player apparel.