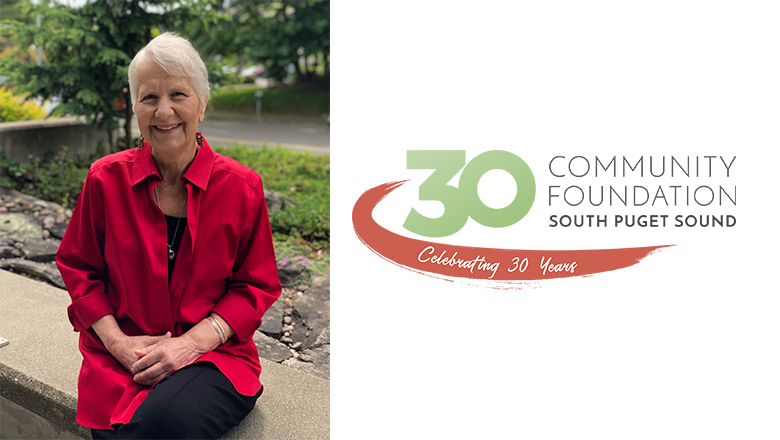 After fifteen years as President & CEO of the Community Foundation of South Puget Sound, Norma Schuiteman has announced that she will retire on or before September 30, 2019. Schuiteman has led the foundation since 2004.

The Community Foundation is a nonprofit organization that builds permanent funds established by many separate donors to carry out their charitable interests and supports broad-based charitable activities benefitting Thurston, Mason, and Lewis Counties.

During Schuiteman’s tenure, the Community Foundation has grown from $2 million to $25 million in assets under management and earned the Council on Foundation’s National Standards for U.S. Community Foundations accreditation—a rigorous review of community foundation operations. In 2017, it launched Give Local, an effort to increase community philanthropy through online giving.

Norma Schuiteman stated, “It has been a highlight of my life to see the Community Foundation grow and prosper, and to witness the impact our growth has had on the communities we serve.” She continued, “It has been a special joy to get the chance to work with so many generous donors and nonprofit staff who care so deeply about our community.”

The Board of Directors is forming a search committee and plans to conduct a nationwide search to identify its next leader. The Board will share more details about the transition process over the next several months.