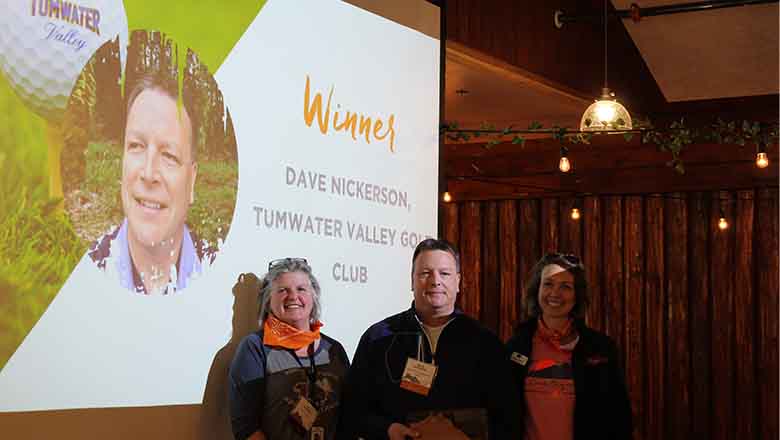 For those who live out their belief in collaboration and regionalism, working to bring the communities of Thurston County together in the name of tourism.

This award honors an individual whose continuous commitment and trail-blazing accomplishments have set the stage for regional tourism.

All who work in the hospitality business provide an invaluable service to the well-being of our economy. This award honors a hospitality professional who consistently goes out of their way to make visitors feel special.

Anyone can nominate a qualified community member deserving of the spotlight. Nominations are open through Friday, April 10 and can be submitted online at AnnualTourism.com. The awards are announced at the Annual State of Tourism Meeting from 3 p.m.-6 p.m. on June 11 at Lucky Eagle Casino & Hotel.

Who: Experience Olympia & Beyond

Photo: Dave Nickerson with Tumwater Valley Golf Club, received the Tourism Visionary award in 2019. Pictured with Sam Gibboney, Executive Director of the Port of Olympia on his left and Shauna Stewart, CEO of Experience Olympia & Beyond on the right.