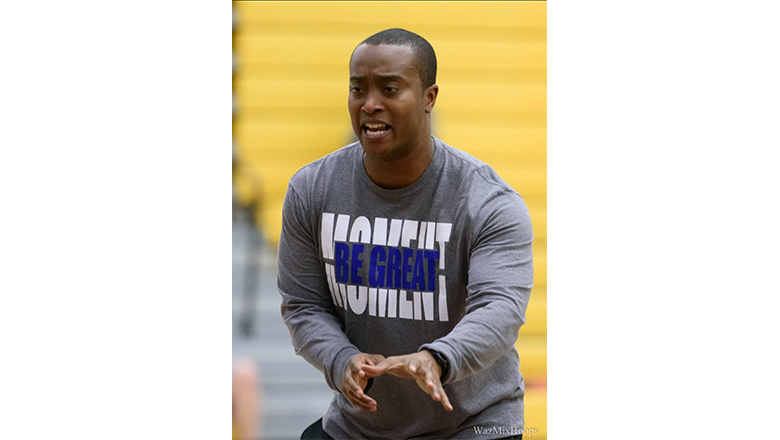 In his new position as head men’s basketball coach, Jonathan Willis brings a blend of coaching and student-athlete development experience to SPSCC. Willis has extensive coaching experience at the two- and four-year levels, and is excited to be in the new dual-role as head coach and educational & career planner.

Although Willis has coached in the Pacific Northwest for a while now, he’s a long way from where he grew up. Willis is originally from Jacksonville, Florida and graduated from the University of South Florida (USF) with a Bachelor of Science in Political Science in 2007. He is currently pursuing a Master of Science degree in Coaching and Athletic Administration from Concordia University Irvine.

Willis says he sees basketball as one way to further the development of young men. His guidance on the court isn’t just about helping them to become better athletes, but also help prepare them for life’s challenges.

“I like to use basketball as a starting point and a meeting ground. I use basketball to teach lessons through the game that can apply to life,” said Willis.

Willis was a student-athlete throughout high school and played a variety of sports, including football, basketball, and baseball. He ultimately decided to pursue playing basketball in college and was a point guard at USF in Tampa.

He knew he wanted to be a basketball coach since his junior year of high school. Moving from player to coach allowed him to continue to focus on aspects of the game where he thrives—like strategy—while also developing and mentoring young men on and off the court.

“I like the strategy part of the sport, the interaction with players and families, and seeing the look of success and achievement on these young men’s faces,” said Willis.

His combined experience, love of the sport, and dedication to student-athletes make him a great addition to Clipper Athletics. And, he’s joining during a time when his leadership skills and background can make a big, positive impact to the SPSCC athletics community.

“Coach Willis comes to the program during some especially challenging times, but our student-athletes have persevered, earning top rankings within the Western Region Division while still maintaining exceptional academic accolades,” said SPSCC athletic director Vernell Willingham. “I believe that the positive attitude and successful program left by his predecessors will no doubt continue under Coach Willis’ leadership.”

Almost immediately, Coach Willis began recruiting efforts for the 2020-21 team, which looks different than previous years. Utilizing virtual campus tours and Zoom video conferencing, Coach Willis and other athletics staff are conducting interviews with potential student-athletes who want to grow in their education and their athletic skills at SPSCC.