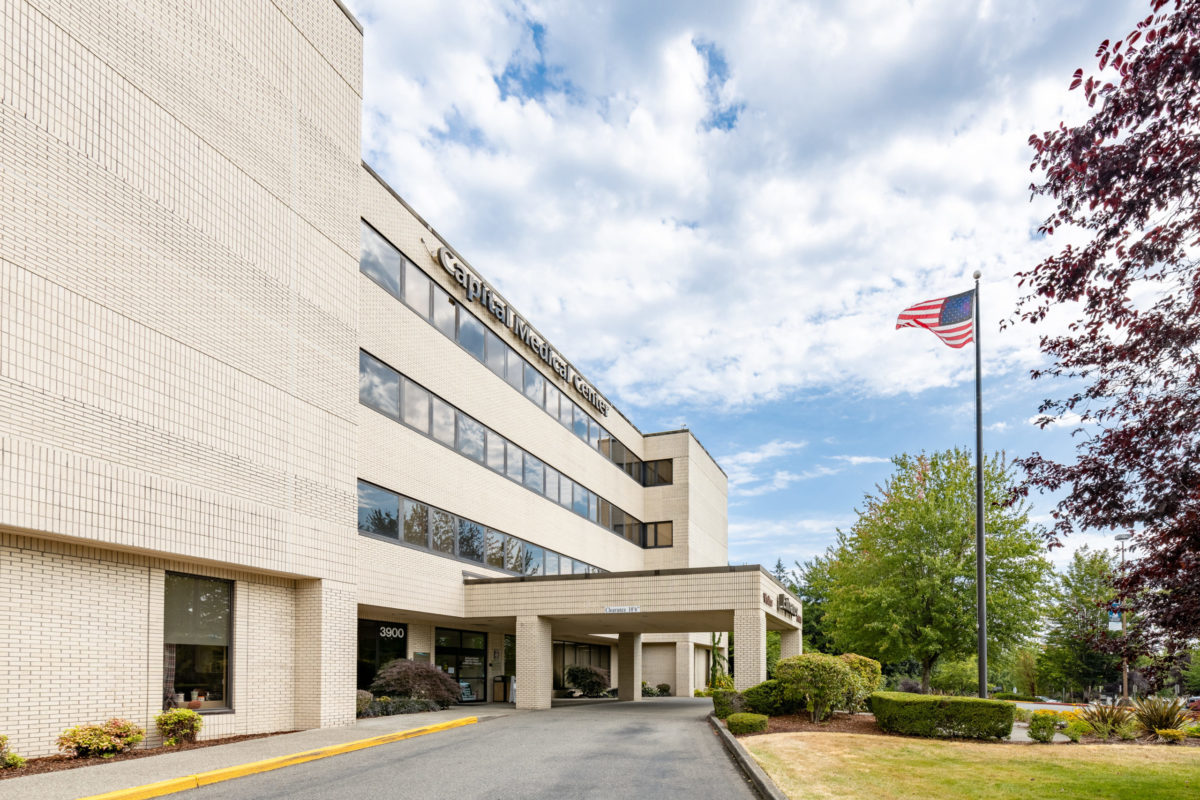 MultiCare is a secular, non-profit whose roots date to the founding of Tacoma’s first hospital in 1882. In the mid-1950s, Mary Bridge Children’s Hospital was founded, and now part of MultiCare. In 2006, MultiCare hospitals branched out beyond Tacoma for the first time to Puyallup, and then again to Auburn in 2012, by adding Good Samaritan Hospital and Auburn Regional Medical Center respectively. In 2016 MultiCare started the Indigo Urgent Care platform, which stands for “Individuals On the Go.” Today they are the largest urgent care provider in the state. In 2017 they moved east of the mountains and purchased two hospitals in Spokane. In the same year, they purchased a behavioral health hospital – Navos in Seattle. MultiCare now owns ten hospitals in Washington State, and Capital Medical Center will be the 11th. Currently, MultiCare operates 18 clinics in Thurston County, including multispecialty clinics, Indigo Urgent Care centers and Mary Bridge Children’s clinics.

As a 107-bed hospital, Capital serves patients from throughout the South Sound and provides care in more than 20 specialties and subspecialties. The medical staff works as a team along with over 700 employees caring for approximately 5,000 inpatients and 25,000 outpatients a year.

Capital Medical Center fits perfectly into MultiCare’s vision, explained Will Callicoat, Thurston County Market Leader for MultiCare. “Our vision is MultiCare will be the Pacific Northwest’s highest value system of health. Capital Medical Center allows MultiCare to expand its population-based care, especially with Thurston County being a gateway to surrounding rural counties, including Mason, Grays and Lewis. We see the need for additional care in this community, whether that is primary, specialty or behavioral health care.”

Callicoat has lived in Thurston County for 23 years. His daughter was born at Capital Medical Center, and he started his career at Capital Medical Center. “We believe that decisions are better made locally,” he said. “Right now, 80 percent of all care in this community is handled by Providence. I’d love to see that changed. It would be a failure if we didn’t create more balance in this community.” Callicoat gave an example, explaining that most ambulances from neighboring rural counties bypass Capital Medical Center and go to Providence. If Capital was the hospital of choice in those situations, it would substantially cut down trip time and expense.

Callicoat knows that MultiCare can’t improve the health and expand access to care and services in the South Sound region alone. “The list of MultiCare partners is long – including Physicians of Southwest Washington, SeaMar Health Clinic and ABC Pediatrics. There is a saying, ‘If you want to go fast, go alone. If you want to go far, go together.’ Community partnerships are crucial for healing and a healthy future.”