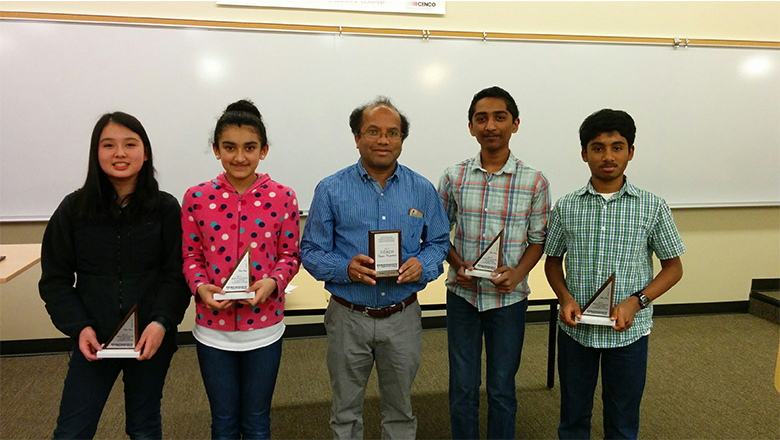 In just seconds, local mathletes from Jefferson Middle School answered that and a variety of other challenging questions at Thurston County’s MATHCOUNTS competition over the weekend. The top teams are now advancing to the state level on March 18 on the Microsoft campus in Redmond.

MATHCOUNTS is a national middle school coaching and competitive mathematics program. It promotes math achievement through a series of fun and engaging “bee” style contests on the chapter, state and national levels.

Jason Bruhn, an engineer at SCJ Alliance in Lacey, led the competition held at Saint Martin’s University and has volunteered as the Thurston County chapter coordinator for the past 17 years on behalf of the National Society of Professional Engineers. This year, he recruited five additional colleagues from SCJ to help out.

“At SCJ, we have engineers, planners and scientists who use math every day,” Bruhn said. “It’s great to see so many kids who are excited about math and to have the chance to show them how what we do relates to what they’re learning now.”

Winners at the state competition move on to the national competition later in 2017, which is aired on ESPN 3.

“After last year, I had heard about how much fun it was to volunteer,” SCJ co-founder and Senior Principal Jean Carr said. “I couldn’t wait to see for myself this year, and those mathletes did not disappoint. What a promising glimpse of the future!”