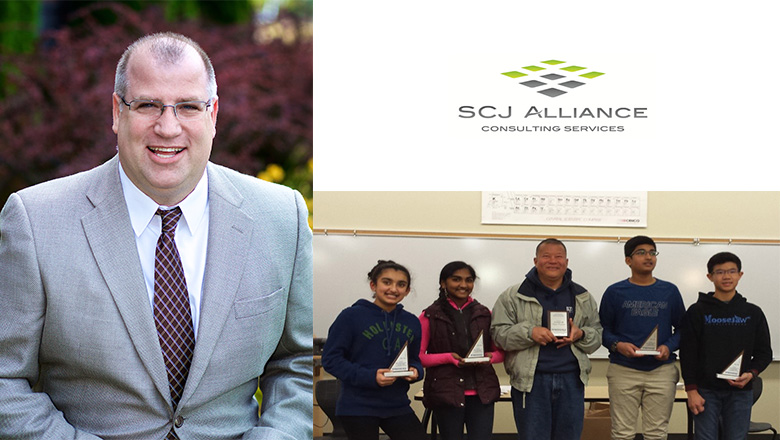 What is the 48th positive odd integer?

If 95 didn’t jump to mind, you wouldn’t have made it far in Thurston County’s MATHCOUNTS competition this year.

It took just seconds for local mathletes from Jefferson Middle School to answer that and other challenging questions to win the county-wide contest and advance to the state level held last month.

MATHCOUNTS is a national middle school coaching and competitive mathematics program. It promotes math achievement through a series of fun and engaging “bee” style competitions on the chapter, state and national levels.

Jason Bruhn, an engineer at SCJ Alliance in Lacey, led the Thurston County contest held at Saint Martin’s University and has volunteered as the chapter coordinator for the past 18 years on behalf of the National Society of Professional Engineers. This year, he recruited three additional colleagues from SCJ to help out, Tyrell Bradley, Maddie Riggs and Bob Tauscher.

“Math is an everyday thing here at SCJ,” Bruhn said. “We love to see kids excited about math and to show them how what we do relates to what they’re learning now.”

Winners at the state competition move on to the national competition on May 13-14, which is aired on ESPN 3.

SCJ has been nationally recognized multiple times for award-winning projects, growth and as a great place to work. Founded in Thurston County nearly twelve years ago, the firm has grown steadily to a dynamic team of more than 80 employees in six locations across Washington. In addition to Lacey, SCJ has offices in Centralia, Seattle, Ballard, Vancouver and Wenatchee.