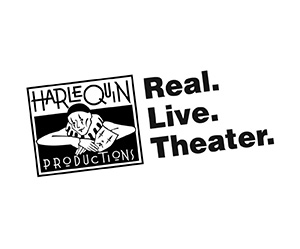 Harlequin Productions presents, My Name is Rachel Corrie,  a humanizing, mature drama taken from the writings of Rachel Corrie, edited by Katherine Viner and the late Alan Rickman. This production runs January 19 –February 11, 2017, at the State Theater in Downtown Olympia. Tickets are available at www.harlequinproductions.org or 360-786-0151.

A native of Olympia, Rachel Corrie was an Evergreen State College student who joined the International Solidarity Movement and traveled to the Gaza Strip during the Second Intifada in 2003. She was killed by an armored bulldozer while acting as a human shield in an attempt to stop the destruction of a house. Seen by many as a political martyr, her death has, in many ways, overshadowed her life. However, Rachel’s story, told entirely through her own journals from the age of eight, reveals a complex individual of surprising compassion and inspiring integrity.

My Name is Rachel Corrie premiered at the Royal Court Theater in London in 2006. This is the first production of the play in her home town. The play is 90 minutes in length with no intermission. Each performance will be followed by a guided talkback to allow patrons to ask questions and share thoughts about the production.

Harlequin Productions is a professional not-for-profit theater company in Olympia, WA, dedicated to the creation of stimulating and enriching theatrical experiences by producing an eclectic season of new works, “buried treasures,” and unconventional treatments of classics. Through a dynamic selection of extraordinary material, we explore the human adventure in search of theatrical magic that stretches the mind, nourishes the soul, and inspires human empathy.

For more information, photos, or to schedule an interview, please contact: