Harlequin Productions Presents a Holiday Musical for all to Enjoy 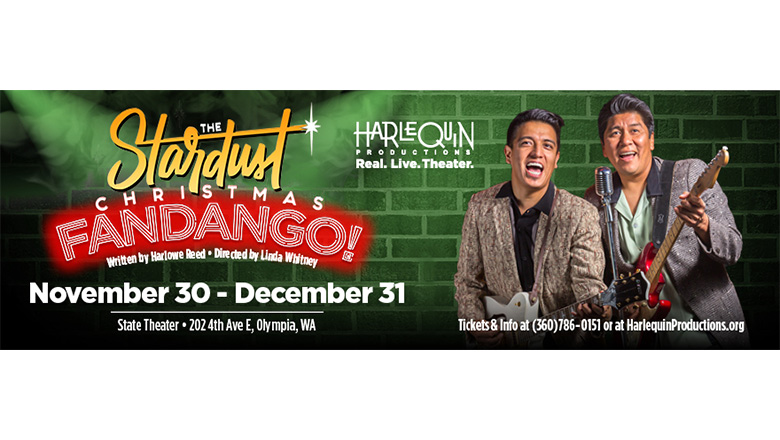 Harlequin Productions presents The Stardust Christmas Fandango by Harlow Reed, which runs from November 30 – December 31, 2017, at the State Theater in Downtown Olympia. Tickets to this musical comedy for all ages are available at harlequinproductions.org or 360-786-0151.

This production kicks off Harlequin’s 2018 Season. It’s December 1961 and the Stardust Club gang is rehearsing for the holiday show that will feature the Latino Rock ‘n’ Roll duo, Frankie & Nash, who have turned “Tequila” into solid gold. But, fresh from American Bandstand, the pair must be bailed out of jail before they can rehearse because of a brawl they started in a fancy restaurant the night before. Now Frankie & Nash want to part ways, and the Stardusters must persuade them to do one last show. A glamorous movie star intervenes with a proposition and a screenplay that may change the duo’s lives and fortunes for better… or worse.

This is the 22nd show in the Stardust series where the holidays always include great music, dance, comedy and romance for everyone.

WHAT: The Stardust Christmas Fandango