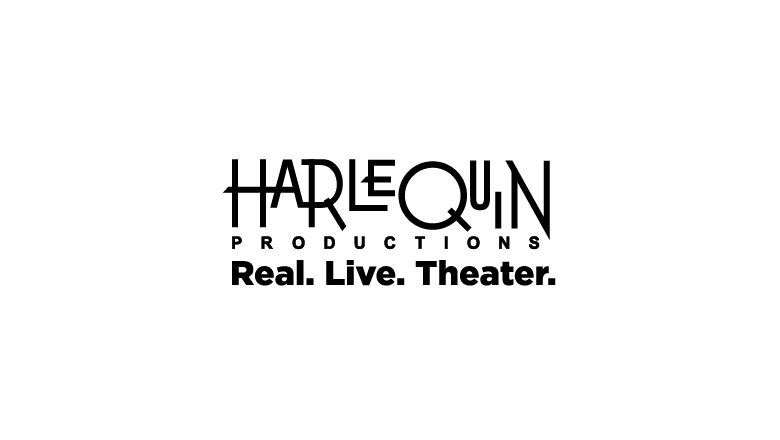 Behind the scenes of great theater is a great production team. Stage management, props, timing, and so much more is dependent on the technical crew. A skilled Production Manager brings together all these things into a functioning unit that supports the cast throughout a show. While you rarely see a good Production Manager, evidence of their work abounds. Gina Salerno has worked with Harlequin Productions for nearly 13 years in a variety of roles, but primarily in stage management and coordinating productions.  It’s this position that keeps the production process moving smoothly by acting as a link between cast, designers, and director. A Production Manager must have a working knowledge of multiple different fields within the theatrical world in order to fully understand the jobs that each team member is required to fulfill, and then provide the support needed so each person can accomplish the team’s goals.  The Production Manager keeps things moving forward while maintaining a safe and pleasant environment within which an artistic team can create magic.  Gina’s natural talents, along with her skills honed for over a decade, make her the ideal Production Manager on a permanent basis.  Harlequin has not filled this position in a number of years- but when the right fit emerges, it is vital to act quickly to retain the talent.

Gina discovered the world of technical theatre at the age of sixteen, and became one of the rare few on this Earth who knew with certainty her purpose in life. She began her journey with Harlequin with 2005s The Love List, and has worked on all 93 productions since then. Aside from spending the past five years as the Production Coordinator, she’s also worked as an Assistant Stage Manager, Wardrobe Manager, Spotlight Operator, Light and Soundboard Operator, Custodian (for eight years), Stage Manager, Sound Designer, backup singer, and even took a small turn or three onstage, most notably as Esther Bartoli in Stardust for Christmas. But it’s in the production department that Gina feels most at home, and she’s proud to continue her journey forward with her Harlequin family.

When asked about her experiences in theater, she had this to say, “It’s a phenomenal gift to not only know what you want to do with your life, but to be able to do it”.  Harlequin’s Interim Executive Director, Hap Clemons stated, “Gina’s commitment to Harlequin and the skill set she brings to this position is exceptional.” Mark Bujeaud has been Technical Director at Harlequin for 18 years.  When he learned of Gina’s permanent promotion, he said, “It’s a good thing. Gina needs this to properly attend to all the things needed by a production company. I feel it’s about time”.  Joe Hyer, Harlequin’s Treasurer, stated “As an employer, we want to be about mentoring, respect, and empowerment of employees.  Gina is a true and talented artist, and Harlequin is lucky to have her.” Others chimed in as well. “Gina is a key piece of our Harlequin fabric.  She is tireless and her work behind the scenes shines in every production”, says Linda Bremer a Harlequin Productions Board Member.

Want to see great Production Management at work – Check out Three Days of Rain opening May 3, tickets available at www.harlequinproductions.org.