Foofaraw – A Military Appreciation Day Unsurpassed Anywhere In The World

Thank you to our 2019 Foofaraw Sponsors: 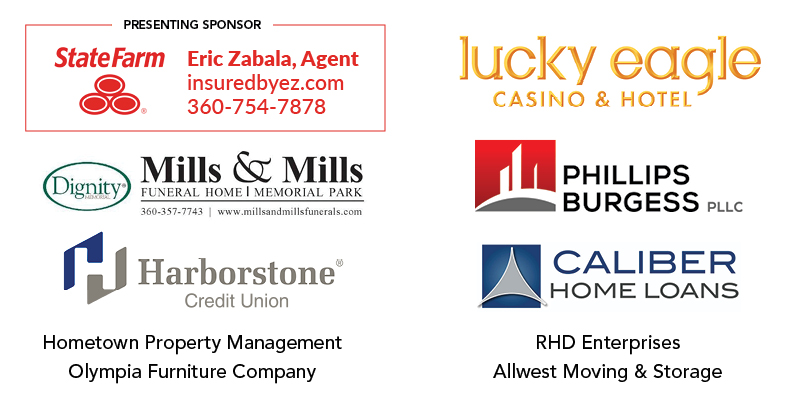 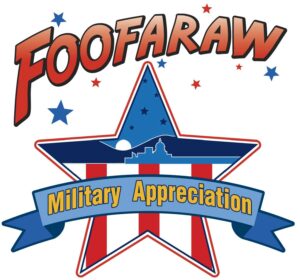 Attire: Dress for the day is casual. Please plan for Northwest weather as we will be outside most of the day…

Time: Check-in at the Olympia Yacht Club map no later than 7:30am – we set sail at 8am (yes, we are going on yachts to a private island!).  This is an all day event.  No early returns, plan on a return of 5pm.

What to bring: Attendees bring blankets (as we are limited on chairs at the island) sunscreen, sunglasses, & other personal comfort items for outdoor fun.  Still unsure what to expect?

What to expect: Food-traditional salmon bbq lunch; games-volleyball, horseshoes, golf contest, tug-of-war, & basketball; and a ride to & from the island!  Check out our promo video.

Parking: DO NOT PARK at Bayview Thriftway! You may be towed or ticketed.

Your Captain:  All Olympia Yacht Club Captains are volunteers.  By no means is it necessary, but some attendees will bring a token of appreciation for their Captain.

Foofaraw is free for the military service men & women* – always has been, always will be.  To have such a wonderful event hosted for 200+ military, we need support of our community members.  Logos above are of the current businesses and organizations sponsoring Foofaraw for 2018.

We need door prizes for military attendee drawing – due August 28th.  Items of roughly $25+ value that you would want to “win” in a door prize drawing.  Email Krystal Barkus to be a door prize donor.

Sponsorship levels for Foofaraw include:

Sponsor benefits vary and may include:

Call the Chamber at 360.357.3362 to get additional information about Foofaraw sponsorships.

*PAO’s provide the list of selected attendees.  The Thurston County Chamber & the Olympia Yacht Club are not involved in the selection of the 200+ military attendees.

Tickets are currently on sale now!

John W. “Bill” Johnson worked for the Thurston County Chamber of Commerce back in the sixties.  Some called him the “Executive Secretary”, others “Chamber Manager.”  Although Bill has since passed away when his spirit looks down on Olympia each September, he must smile with the satisfaction of knowing that Foofaraw has become one of the Chamber’s most enjoyable annual events and is remembered warmly by military men and women stationed around the world.

Bill’s idea surfaced one morning in the coffee shop at the Olympia Hotel, where so many conversations over coffee were about Chamber members.

One day Johnson said” I have an idea on how the Chamber can make some good contacts with the military at Fort Lewis, Madigan Army Hospital, and McChord Air Force Base.”

So on a sunny Friday morning in September of 1962 a small fleet of about 15 boats headed north on Budd Inlet.  One dictionary defines Foofaraw as “much ado about nothing” and, at one point in history the official “purpose” of the day, said a “Foofarite has earned the right to say ‘Foof’ to all duties and responsibilities for one day each year.”

Foofarites gather at the Olympia Yacht Club the morning of the first Friday after Labor Day each year.  Each skipper tells Foofaraw planners how many guests his or her boat can accommodate and they assign a mix of military and Chamber participants to their hosts’ boats.  Each Chamber member pays a hosting fee to attend Foofaraw.  Those fees assist in paying for the food and refreshments.

After a period of athletic events, watching some of those events and much socializing, Foofarites enjoy the traditional barbecued salmon, baked beans, salads and garlic bread.  A big favorite are the wonderful cookies provided by the Yacht Club.  There’s plenty for everyone and even the most diet-conscious Foofarite is tempted to try “just a little bit more.”

After some more casual athletics and a lot more socializing, the thoroughly fed and relaxed Foofarites wander back to their boats for the leisurely cruise back to Olympia.  Most get back to the Yacht Club about five that afternoon.  Everyone seems to linger, not wanting to see such a wonderful day end and not wanting to say goodbye to his or her newly found shipmates and friends.

The Chamber gives each military installation a quota of people they can bring.  The quota fills quickly.  The military people who attend Foofaraw are almost universally enthusiastic about the event and most of them are eager to attend.  One military commander said the easiest job he ever had was filling up his quota for Foofaraw.