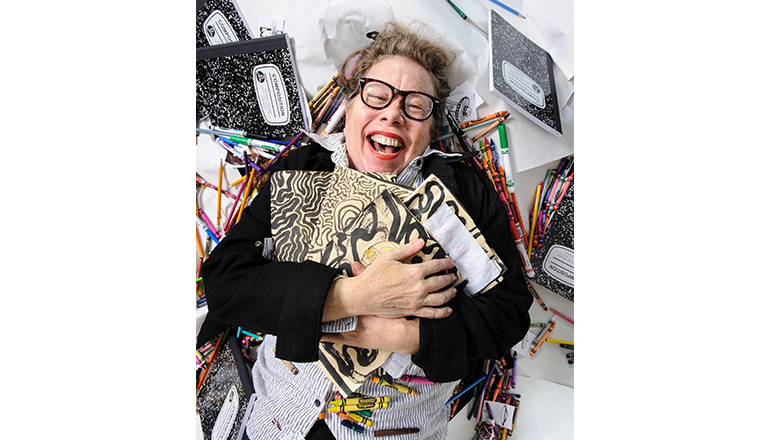 Lynda Barry, Evergreen ‘79, is among 26 people chosen as 2019 fellows of the John D. and Catherine T. MacArthur Foundation.

Barry, a graphic novelist, cartoonist, and educator, was selected for inspiring creative engagement through original graphic works and a teaching practice centered on the role of image-making in communication.

Over the past several years, Barry has turned her focus to education. She is currently an assistant professor of interdisciplinary creativity at the University of Wisconsin-Madison.

The MacArthur fellowship honors “extraordinary originality” and comes with a no-strings-attached grant of $625,000, to be distributed over five years.

When asked about how The Evergreen State College helped her in her career, Barry said: “I still talk about my experience there at least once a week. Sometimes more. I’m still in touch with my teacher Marilyn Frasca. I don’t even like to think of what my life would have been like had I not gone to Evergreen.”

“To this day, it’s one of the most powerful things I was given at Evergreen; the idea that the thing I call my work is from a different part of me than what comes off the top of my head,” Barry adds. “To start developing a relationship with that working part of me, the part of me that ‘speaks’ the image language, and to be doing this at the age of 20 gave me a tremendous advantage.”

On Barry’s website, The Near-Sighted Monkey, she posted a music video of the 1985 song Caravan of Love, by Isley, Jasper, Isley with a caption reading: “This one goes out to all my teachers and all my students with celebration and love love love.” A fan replied: “This gives me hope for humanity. Congratulations!!!”