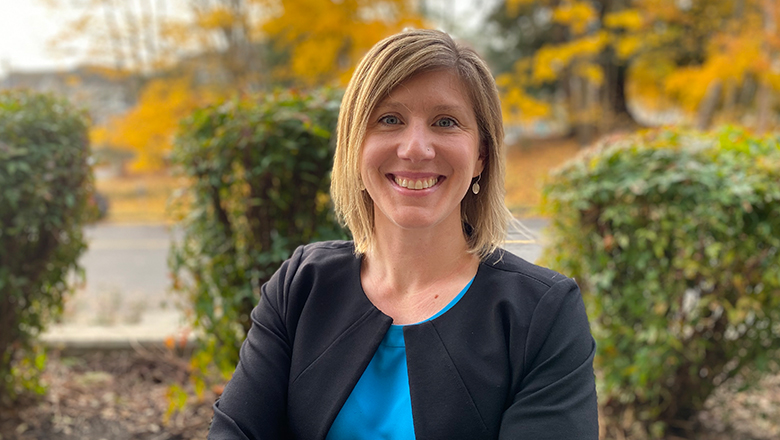 It is our pleasure to announce that the Community Foundation of South Puget Sound has selected Mindie Reule as our next President & CEO. She will assume responsibilities immediately and will succeed Norma Schuiteman, who retired on September 30, 2019.

Mindie’s deep and relevant professional experience elevated her to the top of a pool of more than 100 local and national candidates. She is a results-oriented leader with a demonstrated commitment to philanthropy and civic engagement, extensive fundraising experience, and proven management skills.

Mindie Reule has been serving as the Philanthropic Services & Programs Director of the Community Foundation of South Puget Sound for the past three years. In that role, Mindie helped Foundation donors realize their philanthropic goals and managed the Foundation’s grantmaking, communications, and nonprofit training programs. Mindie has led the development of key Foundation projects including “Give Local South Puget Sound,” an annual online charitable giving event that has raised more than $515,000 for local nonprofits; the Norma Schuiteman Sustaining Fund, an endowment that provides permanent operating funding to the Foundation; the selection and adoption of a new, integrated grants management and fund accounting system; and the Mason County Rural Community Leadership program.

Prior to coming to the Community Foundation, Mindie also served as the first-ever Program Manager for Public Policy for Philanthropy Northwest, a regional association of grantmakers. In that role, she helped the foundation staff and trustees become more involved in public policy, advocacy, and civic engagement. Further, she led the organization’s Community Foundation Initiative—a program funded by the Bill & Melinda Gates Foundation to connect and strengthen the network of community foundations in Washington State and across the Northwest. Mindie also has a decade of experience running grassroots fundraising and public affairs programs. She and her husband, Brock Milliern, have two sons, ages 5 and 3.

We are so grateful to the Board Members, past Board Members, fundholders, donors, staff, and other stakeholders who were involved in our national search to find a new leader. Mindie clearly demonstrates that she understands community foundations and their potential. We are excited about the knowledge, vision, and collaborative focus she has brought to the Community Foundation and will bring to it in the future.

On behalf of the Community Foundation of South Puget Sound Board of Directors, please join us in welcoming Mindie Reule as our next President & CEO. With Mindie as our new leader, we look to the future with optimism and enthusiasm.