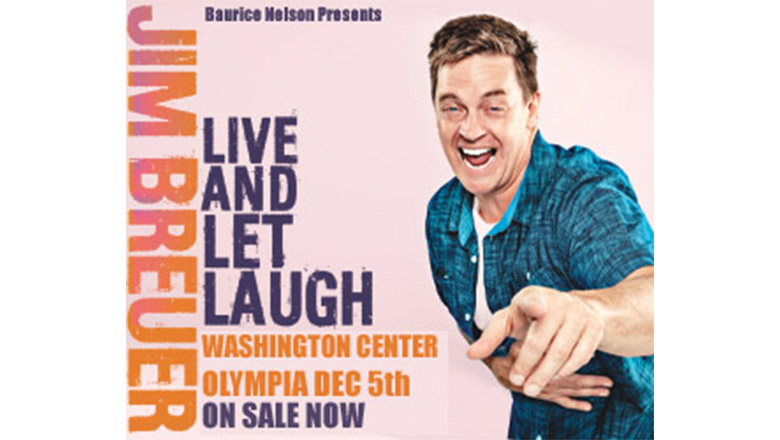 Breuer came to national attention during his years on “Saturday Night Live” and the cult classic film “Half Baked” with Dave Chappelle. Today, Breuer has become one of the top touring comedians, performing to sold out crowds across the globe, and most recently with Metallica as part of their World Wired Tour in North America.

For the last few years, Breuer has shared his dual passions for comedy and baseball through his Facebook video recaps of games. Their viral impact has been massive, with clips being featured on MLB Network and ESPN SportsCenter among others. This past spring, Breuer released a comedy album “Jim Breuer Live From Portland” which debuted at #1 on the iTunes Comedy Album chart and #5 on the Billboard Comedy Album chart.

Having evolved both personally and professionally since his early days on SNL, Breuer continues to grow his fanbase by making every passion in his life – his wife, family, Metallica, and even the New York Mets – into relatable comedy fit for and often draws, the whole family.

Tickets are available for purchase through Website. Prices range from Prices.

Jim Breuer came to national attention during his seasons on Saturday Night Live (1995-98) and starring alongside Dave Chappelle in the stoner comedy flick “Half Baked.” The fans who got into Breuer in the new millennium were drawn into his whirlwind journey through his Comedy Central specials such as “Hardcore” (2002) and “Let’s Clear The Air” (2009), one of the highest rated comedy specials in the network’s history – popularly known as his “coming out party” as a dad, cleaning up his act and focusing on the fun and foibles of family life. His next special “And Laughter For All” (2013), became the highest rated original comedy special on EPIX to date, earning it’s spot as a family favorite for its relatable and multi-generational humor. His latest special “Comic Frenzy” (2015) is currently available on Amazon Prime. Since 2015, he’s shared his dual passions for comedy and baseball (particularly his New York Mets) with thousands via his video recaps of games that he posts on Facebook. Their viral impact has been massive, with clips airing on the MLB Network and ESPN SportsCenter among others, and even inspiring Mets fans in other cities to hang with Breuer to root their team on.  Additionally, Breuer is a frequent guest on Sirius XM’s “The Howard Stern Show” and hosts “The Jim Breuer Podcast.” Most recently, Breuer released a comedy album “Jim Breuer Live From Portland” which debuted at #1 on the iTunes Comedy Album chart and #5 on the Billboard Comedy Album chart. His album is available on over 100 digital platforms including Sirius XM, Pandora, Spotify, and iTunes.