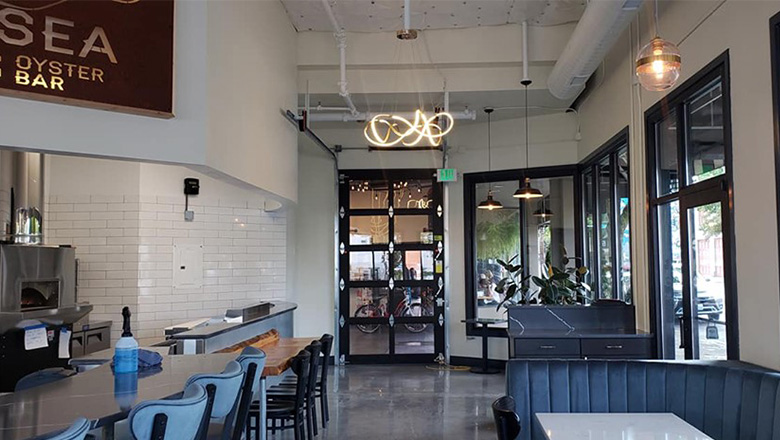 Chelsea Farms Oyster Bar has finished construction on its new, expanded space and welcomed diners on Tuesday, September 24th. A grand re-opening ceremony is planned for this Saturday, September 28, and the restaurant is also participating in Olympia’s Fall Artswalk.

Chelsea Farms first made their mark on Olympia’s map in 1987 when Linda and John Lentz started their adventures in sustainable shellfish farming. Chelsea, meaning Port of Ships, was the chosen name for the company. The Lentz’s have always practiced sustainable farming with an environmental obligation to the South Sound and Pacific Northwest as a whole.

In 2016 John and Linda’s son and daughter, Kyle Lentz and Shina Wysocki, second-generation shellfish farmers, opened Chelsea Farms Oyster Bar to showcase the bounty of their family’s farm. Under the leadership of Chef Henri Nol, Sous Chef Elise Landry, and General Manager, Amilia Forsberg, the restaurant is known for its focus on local ingredients, its attention to detail in service and its communal, friendly vibe.