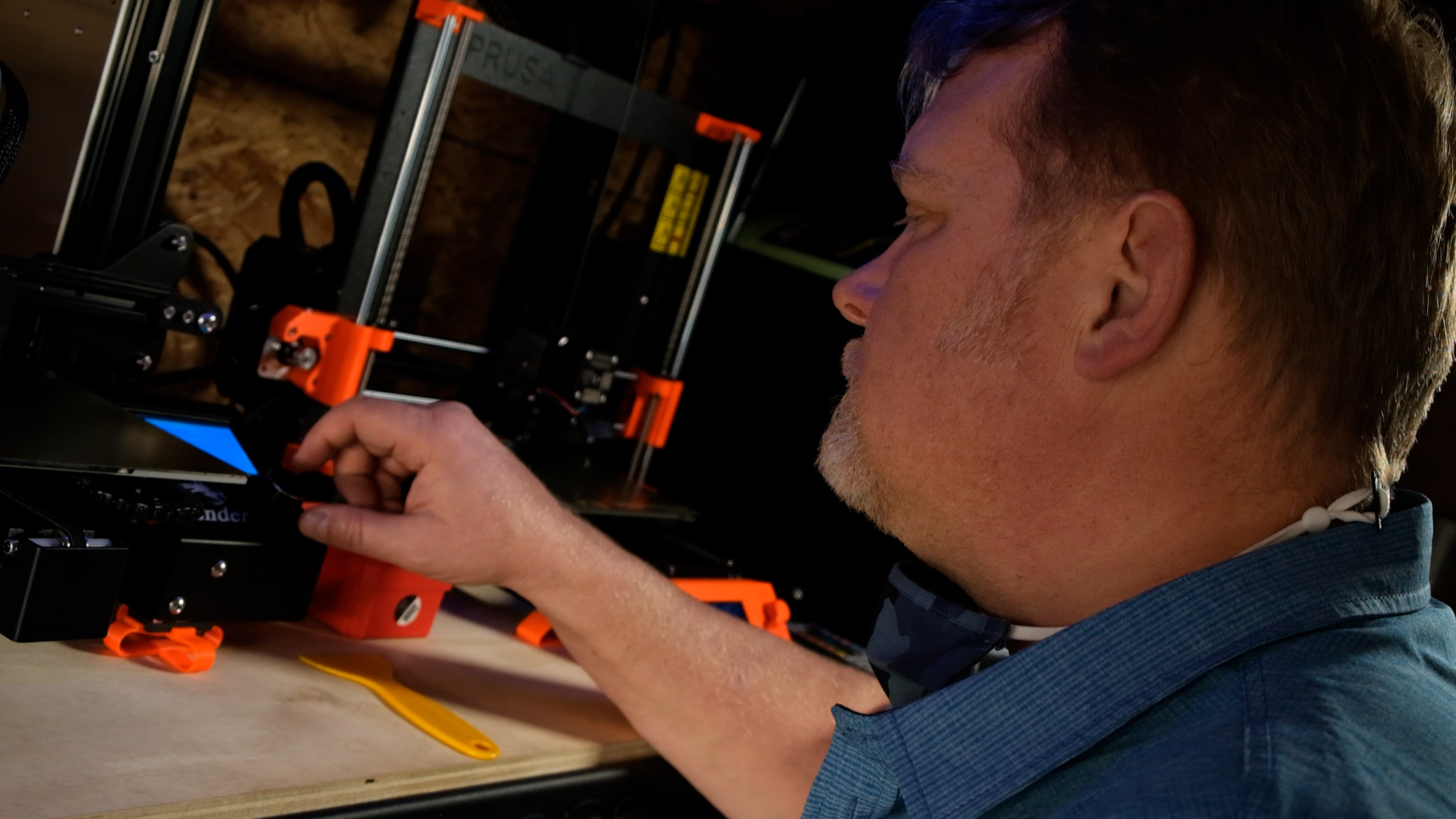 by Heidi Smith • Photos by MediaRoom

When the global economy slowed to a crawl last spring, the repercussions were immense. Many industries reconsidered how they do business, leading to innovations that will outlast the pandemic. In Lacey, one father/son team saw the potential to fulfill new and emerging needs using skills they already had. Their company, C2 3D Manufacturing, has grown rapidly in the past year and is poised for further expansion.

CEO Jesse Cote Jr. has spent 30 years in advanced manufacturing and aerospace while his son Cary, the treasurer, is a certified aircraft mechanic. Despite their training, getting to understand 3-D printing has been a learning curve. “We probably picked it up quicker than most folks because of our backgrounds, but we didn’t know a whole lot going in,” says Cote. “Now that we’ve been working with different engineering software, materials and temperatures, we’re picking up speed pretty quickly.”

For now, the business operates with seven 3-D printing machines in what Cote refers to as ‘GarageMahal.’ Within the next year, they plan to double that number and add a laser etching machine. Already, the company is serving nationwide clientele through their Etsy shop.

One of their most popular items is a personalized Yeti style tumbler. “We do college alumni versions, ones with nicknames and wedding party favors,” says Cote. “That’s probably our top seller.” During the pandemic, they also began manufacturing ‘ear savers’ that latch onto the string or elastic part of face masks. Before long, the company was producing 100’s of ear savers and handing them out at local hospitals and long-term care facilities.

Making a difference is clearly a priority. One of Cote’s friends is an IT professional whose wife has cerebral palsy and can’t speak. Using Google Support, the friend built a motherboard equipped with Morse code that connects a headboard with a paddle. C2 3D is developing the casing for the motherboard 2.0 as an in-kind donation. “She can use the paddle with her head,” says Cote. “The dots and dashes translate into a voice. It’s evolving very quickly.”

Another project currently underway will provide seeing-impaired people with travel chess sets that have raised and lowered boards, along with square and round-based pieces to differentiate between sides. Cote is also developing dual-language business cards with Braille on one side and traditional type-set on the other.

“It’s a cool way to help folks out, and there’s a huge need for it,” he explains. “We didn’t realize it until we started reaching out to people and they began getting back to us. More products are evolving now because of the uniqueness of 3D printing. It’s so easy to engineer or program something and have it workable in a matter of an hour or 90 minutes.”

Their development process is intentionally eco-friendly, producing far less scrap than other types of manufacturing. Some of the material is a sugarcane-based plastic which decomposes, unlike regular plastic. “In the beginning when we were putting the company together, the idea was to not take away from the earth so much,” says Cote. “We use a solar panel array to generate power.” They’re also proud to be a majority-owned Latino company.

As they’ve grown, C2 3D has connected with other startups in the region, providing nozzles for a company that developed a washing system for boat trailers. “It’s a startup manufacturer in Thurston County,” says Cote. “You’ll be seeing a lot more of other types of manufacturing in the region because that’s where we set up camp.”

Both Cote and his son are still working full-time at their regular jobs but anticipate that will change within the next few years. “We’re getting more commercial and sole-source contracts,” he says. “We believe business is going to explode once we get our website and online store up and running.”

Learn more about C2 3D Manufacturing at CTwo3D.com, or connect on Facebook at www.fb.com/C23DManufacturing.