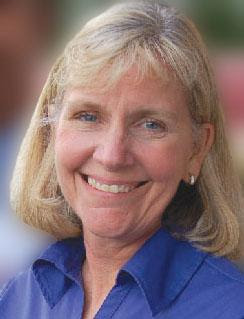 Olympia business owner and community volunteer Brenda Williams has been appointed to serve on the board of the national United Way Worldwide Women United.  She is the first woman from Washington State to be appointed to this countrywide board.

Williams, who is co-owner of TAGS Awards and Specialties, and an active member of the Women’s Leadership Council of United Way of Thurston County, has lived in Olympia since 1993. Her interest in women’s issues started when she attended the all-women Smith College.

“Representing not only Olympia, but the entire Northwest on this national stage is an honor and a privilege,” notes Williams. “I am eager to share what we have been working on in Thurston County as well as learn about other projects across the nation and bring those ideas back home.”

“Brenda’s local leadership has been essential to the success of the Women’s Leadership Council,” states Patricia Hart, Development Director at United Way of Thurston County. “We are thrilled to have her representing us at the national level.”