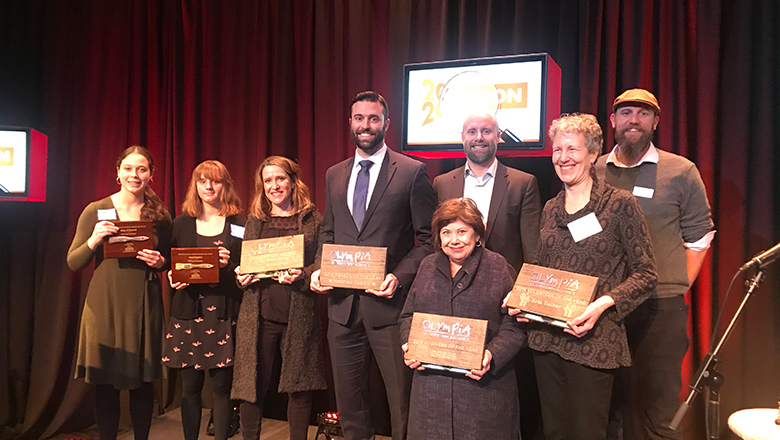 The Olympia Downtown Alliance held its 22nd Annual Meeting on Monday, January 27, 2020, at The Washington Center for Performing Arts.

During the meeting, the Alliance also honored community members with annual awards.

Walker John, 2018 award recipient, presented DeBord with this year’s award. John said, “We are presenting Matt with this award for his tireless work in downtown and throughout the Olympia community. He’s an Olympia kid, born and raised, who loves his City. He is a tireless advocate for downtown and has supported critical commercial investment in numerous downtown projects. He also is the co-Chair of the Downtown Improvement District Steering Committee. His work on this crucial effort has been tireless!”