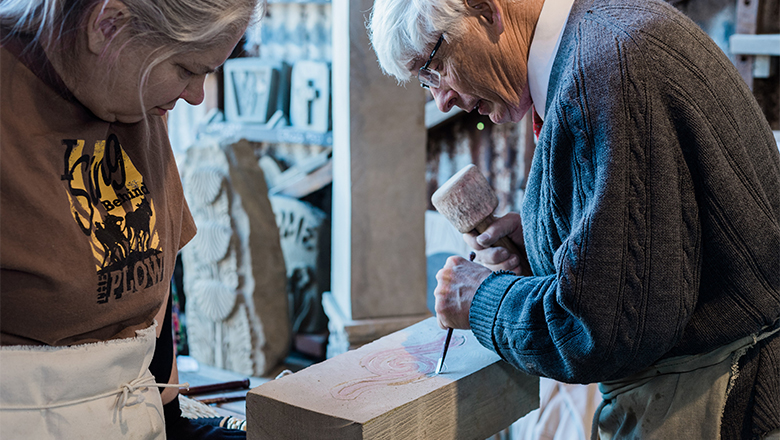 South Puget Sound Community College (SPSCC) today announced that the work of Associate Dean of Transition Studies Dawn J. Murphy has received a two-year, $200,000 federal research grant through the Corporation for National and Community Service. Murphy, a Ph.D. student at Fielding Graduate University, along with community and university researchers, will develop and implement a Community-Based Participatory Research (CBPR) project in the Pac5, a five-county region in the Pacific Mountains of Washington State, centered on the Arbutus Folk School of Olympia, Wash.

Throughout Murphy’s two-year “Leading from the Roots” project, researchers will examine economic resiliency and vitality options through the lens of sustainable, bottom-up, heritage arts-based economic development. The project aims to investigate two questions: how do traditional artists and craftspeople reduce their region’s dependency on unsustainable economic drivers? And what impact does engaging in a Community Based Participatory Research process have on folk schools?

Murphy says, “Folk schools have a long history of inspiring social change by awakening, enlivening, and sustaining the communities in which they are located. Communities across the country are turning to folk schools for this reason, with ninety-two new folk schools founded since 2001. Through the ‘Leading from the Roots’ research project, Arbutus Folk School will serve as a model in broadening and measuring their impact. This could mean a ripple effect with communities in more than half the U.S. states reaping benefits.”

The Corporation for National and Community Service received a total of 202 applications for the grant from universities in 46 states and the District of Columbia, Guam, and Puerto Rico. Collectively, these applicants requested more than $21.4 million, making this research grant highly competitive. The “Leading from the Roots” project received one of the sixteen grants awarded.