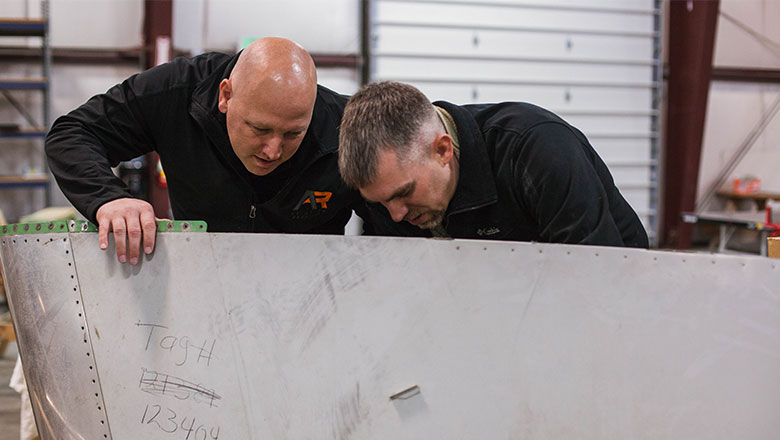 Established in 2008, A&R Aviation Services has experienced continuous growth. What started out in Ronnie Hix’s garage now employs 30 people. A&R’s commitment to reliability has built a reputation that brought on board clients like Alaska Airlines and Delta and customers as far away as Asia, Europe and South America.

When he left the Navy, he started working at Aero Controls, Inc. in Auburn, a company specializing in aviation repair work. While he learned the aviation business on the job he simultaneously earned his Bachelor’s degree at Embry-Riddle Aeronautical University. Once he completed his degree, he started working his way up the ladder, starting as a technician, then shop manager, customer service, sales and marketing and finally in business development. 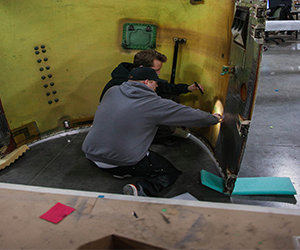 “When I went as high as I could at Aero Controls I became bored. I needed more fulfilling and challenging work, so in 2008 I opened A&R Aviation Services with my business partner, Adam Witcraft,” said Hix.

They started the business out of Hix’s garage.
“We lived on a one lane dirt road and we were repairing parts for Boeing classic 727s and 737s. Semi-trucks would try and haul the parts down our road. It was challenging. Our front yard and driveway were full of airplane parts and I was using my dad’s John Deer tractor as a forklift. Finally, my wife told me to find a different place to run the business,” Hix said with a laugh.

That first year in business, A&R billed close to $1 million in sales. They went from two people to five.

“We were looking for aviation-minded people to lease a space from, so we talked to the Port of Olympia and Jeff Powell of Prime Development. The Port owns the land and Prime builds the hangars. So, we started in hangar M5,” he said.

A&R kept growing and kept having to move to a larger and larger hangar. Finally, they worked with Powell to build a new space that should contain the company for a while.

Hix credits the sustained growth of A&R to their commitment to reliability, outstanding service and the highest quality work in the industry.
A&R Aviation is a Federal Aviation Administration (FAA) and European Aviation Safety Agency (EASA) certified shop providing repair and overhaul services to aviation partners, including Boeing, Airbus, Douglas and military aircraft. While the company began repairing primarily classic airframes for a few customers, now they have moved into working with several brokers and domestic airlines, including Alaska Airlines and Atlas Air, airlines that operate the newer generation of Boeing aircraft. They serve customers throughout North America as well as customers in Asia, Europe and South America.
A&R employs 30 people across the organization, including customer service, sales and marketing, business development, aviation technicians, shipping and receiving and logistic positions.

To date, Hix said his biggest challenge in running an aviation repair 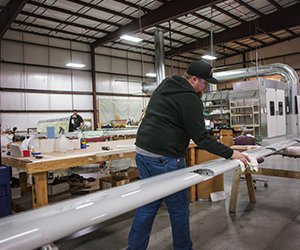 company is finding the right people to join his team.

“Hiring good, quality people is hard. Many are missing the soft skills they need to be successful. A turning point for me was when my CFO, Sarah Shaw, partnered up with Sytease Geib, [Vice President of Workforce Development at the Thurston County Chamber] and Camo2Commerce. To date, we’ve interviewed and hired several individuals that have chosen to exit the military. It has become one of our go-to sources for hiring employees. These folks have the discipline and the initiative our employees need to be successful,” he said.

Another hiring challenge Hix continuously faces is finding people who can pass the FAA required drug tests. “Now that marijuana is legal in Washington State, a lot of people don’t realize that you can’t use it if you work at a federally inspected workplace. All new hires have to pass an initial drug screen, and then we run random drug tests which we have to report back to the FAA. This is another reason hiring veterans has been successful for us. They couldn’t use marijuana when they were enlisted so passing the drug tests is not a barrier,” he explained. 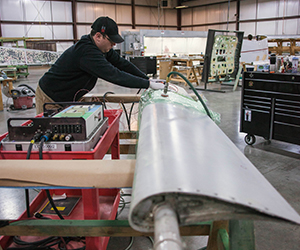 When A&R hires a new employee, that person goes through a comprehensive training and mentoring program mandated by the FAA. “Our training manager works with new employees one-on-one. It is an excellent program and folks do not need an aviation background to be successful here. We find that people with a background in auto body repair or technicians easily transfer those skills to working with aircraft parts,” he said.

Hix wishes that more students would consider a career in the trades. He explains, “As parents, we want our kids to become a doctor or lawyer, but what society needs are plumbers, mechanics and electricians. And not only is the work rewarding, but it is financially rewarding too.

“I knew one day that I would be an entrepreneur. Now that I’ve had the opportunity to be in these shoes, I know how tough it is to run a business. It is non-stop, 24/7 work. We have to stay ahead of the changes in technology. We have to find new and faster ways to do the different aspects of our job. We have to decrease expenses and increase profitability. I’ve learned more in the nine years I’ve been in business than I ever learned in the classroom. Owning a business is my education, and I can’t imagine doing anything else.”