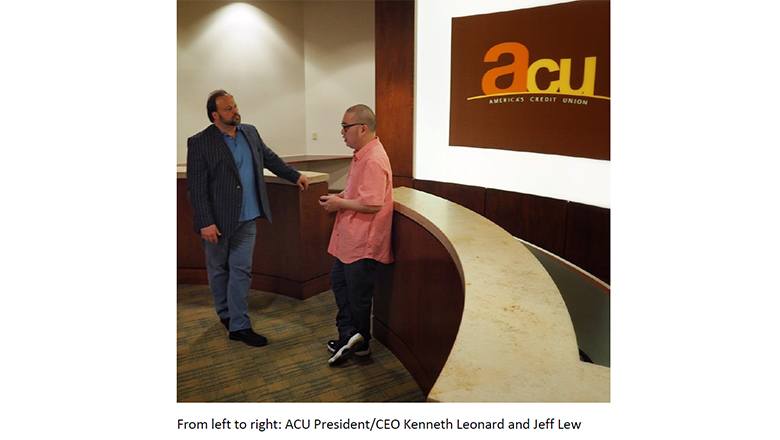 America’s Credit Union is committed to supporting the communities we serve, which is why when Ken Leonard, President/CEO heard about Jeff Lew and his Go Fund Me campaign to erase Tacoma’s school lunch debt we knew we had to help.

Many children depend on a nutritious lunch to help them through their school day. According to the 2015-16 report by Office of Superintendent of Public Instruction for Washington State, 60.6% of Tacoma School District students are on free or reduced-price meals. If a child is unable to pay for their meal, a debt is started and families receive an invoice from the school district to pay the debt. Children with an outstanding balance are often shamed for not paying, including having their hot food taken away and replaced with a cold cheese sandwich. According to the School Nutrition Association, 76% of America’s school districts have kids with school lunch debt and Tacoma is no different. As of May 17, 2017, the total school lunch debt for Tacoma School District was a staggering $20,841.

Many local Tacoma residents may have heard about Jeff Lew and his campaign to erase the Tacoma school lunch debt. The Go Fund Me page was created on May 17, 2017 and quickly reached enough donations to cover the outstanding school lunch debt. However, Lew didn’t want to stop there – knowing that many families would likely be in the same position this upcoming school year he wanted to ensure there was extra to cover any future debt. That’s when ACU President and CEO, Ken Leonard heard about Jeff’s efforts on a local radio broadcast.

On June 8, 2017, Jeff Lew visited ACU’s DuPont office to share his efforts to erase the lunch debt of the school districts in Tacoma and the surrounding areas. Inspired by his efforts and willingness to support our local community, ACU proudly donated $7,735 to Jeff Lew’s campaign to Erase Tacoma’s School Lunch Debt which helped reach the $30,000 goal!