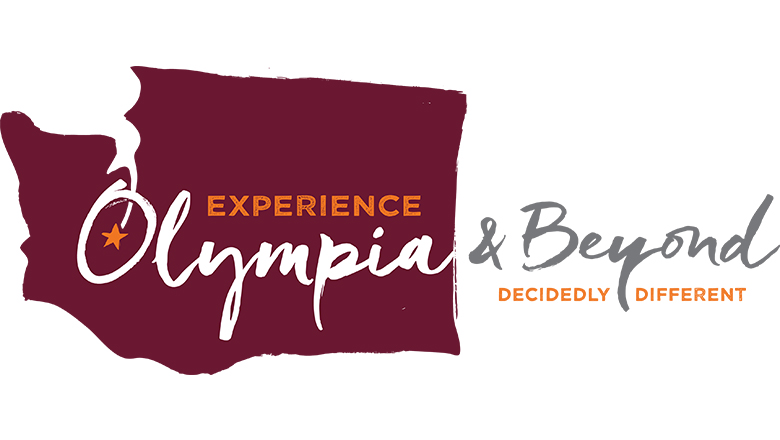 Local high school athletes, college athletes, sports contributors and sports moments were celebrated at the 2019 Sports Awards. The awards, hosted by the Olympia & Beyond Sports Commission, recognized local athletes and game changers in our community. Seven award winners and one special recognition were announced at this year’s Sports Awards on May 22 at South Puget Sound Community College’s Olympia campus.

“Each nominee exemplifies the hard work and dedication our local athletes, coaches and contributors tirelessly give to their sport and our local sports community. Congratulations to all nominees and winners,” said Shauna Stewart, CEO at Olympia & Beyond Sports Commission.

Campau was selected by the Sports Commission Advisory Committee for his accomplishment of conference MVP in football and basketball, as well as Olympian Player of the Year and Team Captain.

Koelsch was selected for excelling in three sports and being named first team all-league EVCO for volleyball. She is also team captain for all three sports.

Men’s Sport Star of the Year (College) and Women’s Sport Star of the Year (College)
Nominees must be a female or male athlete enrolled full-time at any time during the 2018-2019 school year in a Thurston County college or a native to Thurston County. Nominees must also have participated for a minimum of one year in at least one collegiate sport, exemplify strong leadership, dedication and sportsmanship with good school behavior.

Chavez was chosen as the winner for his leadership of the basketball team this past season. The Saints reached the Sweet 16 and were ranked as high as eighth in the NCAA. Chavez was selected as GNAC Player of the Week twice and NCAA West Regional All-Tournament team.

Contributor of the Year
Nominees must be passionate about the growth and success of sports in Thurston County and can include coaches, nonprofit organizations providing access to sports for individuals and/or large monetary donors to sports initiatives. Nominees must have demonstrated commitment to sports for a minimum of one year.

Johnson took a 4-15 squad to 20-4 and league co-champs with freshman key players. She has been a long-time contributor to basketball, including founding the 90TEN Training Academy and coaching at Black Hills High School. Johnson also created the Olympia region’s newest tournament, the Capital City 3on3.

The Northwest Christian High School boys cross country won the 2B state championship title for the last five years, and every athlete on the current team has never been beat at state.

Thurston County Sports Legend
Nominees must be an individual (over the age of 18) that was born or resided in Thurston County for a minimum of five years and must be passionate about the growth and success of sports in Thurston County. The nominee must have maintained and continue to maintain ties to Thurston County through philanthropic events and/or financial donations to support sports in the community. Ideally, nominees would have played either collegiate or professional sports or had a significant impact in the Thurston County sports community.

The Sports Commission Advisory Committee gave a special recognition this year to Gary Larson for his efforts with WIAA and making the State Golf Championships a reality for the Olympia region.

Guests heard a special keynote on how sports apply to real-world leadership from Jen Mueller. Mueller is the author of “Talk Sports to Me,” Seattle Mariners television broadcaster on ROOTS SPORTS and sideline radio reporter for the Seattle Seahawks.